Kerala CM urges police to be cautious, not to attend unnecessary events 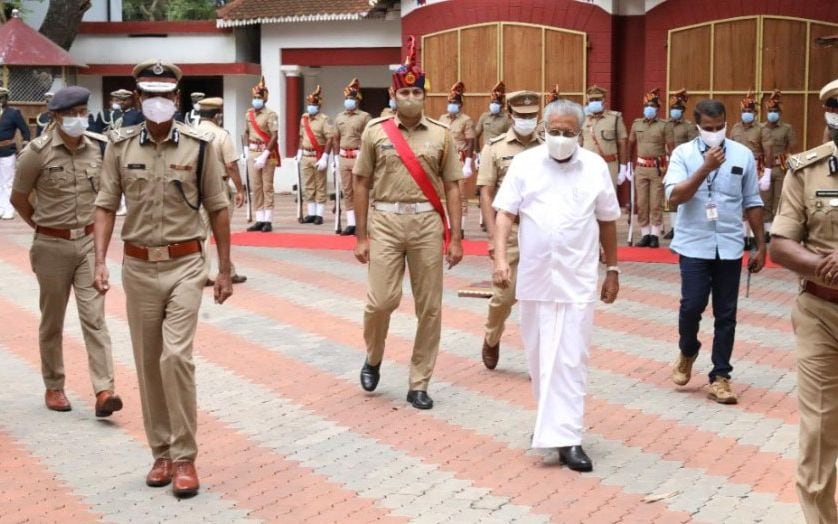 Thiruvananthapuram: Amid row over Monson Mavunkal case and his alleged link with top police officials, Chief Minister Pinarayi Vijayan has urged the police not to attend unnecessary events. He also asked the cops to be extra cautious while attending functions in police uniform. The chief minister made these remarks in a meeting with top officials which was held at state police headquarters here.

The CM has given several instructions to the police force. Interestingly, this comes at a time when Kerala police is reeling under severe criticisms for its conduct in various issues.

Apart from urging the officials to stay away from unnecessary events, the CM has instructed the officials to behave with public in a decent manner. To remind the officials about the importance of their behaviour, he cited police conduct in the incidents like Attingal fish vendor woman issue and Kollam youngster’s ATM queue issue. These two incidents received severe flak for police high handedness.

Similarly, he instructed the officials to be proactive in dealing with complaints related with sexual assaults against woman. The police should act in the best of the survivor and need to ensure there is no delay in investigation, he said. The progress in such cases should be supervised by officers in rank of DIG, he instructed. Meanwhile, CM also applauded the efforts of Kerala in implementing Covid-19 restrictions.