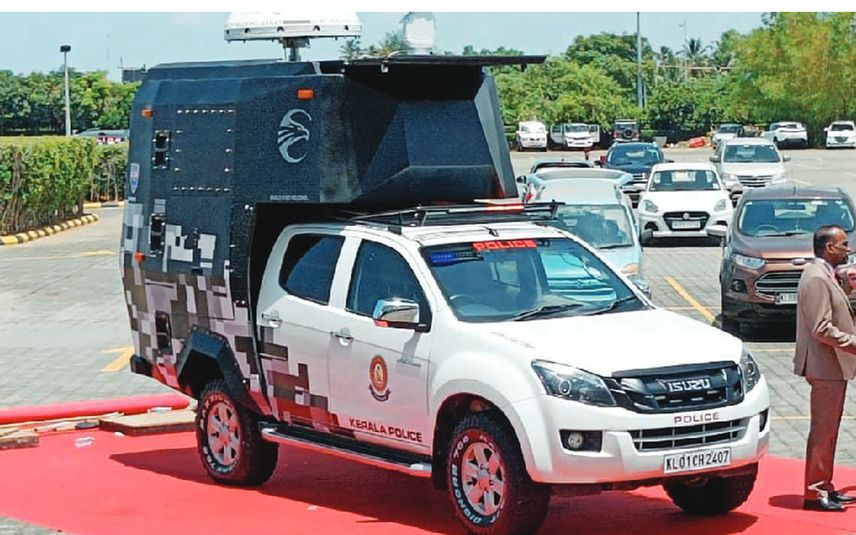 Kochi: Kerala Police launched the anti-drone mobile vehicle to identify and stop illegal drones from invading the skies in the state. 'Eagle Eye', the anti-drone vehicle developed by Kerala Police's Drone Forensics Department, has capabilities to find drones that fly without permission and enter restricted areas. Chief Minister Pinarayi Vijayan launched the vehicle during the Cocon 2022 in Kochi on Saturday.

Meanwhile, Eagle Eye has already caught the attention of police forces from the neighbouring states, who visited the event to review the anti-drone capabilities. The facility can cost around Rs 5 crore in foreign countries. ADGP Manoj Abraham said they were able to build the vehicle at a lesser cost of Rs 80 lakh per vehicle.

Using the vehicle, the police can track and control drones that fly within a 5 km radius. Further, anti-national activities, smuggling and other crimes using drones can be identified using the vehicle.