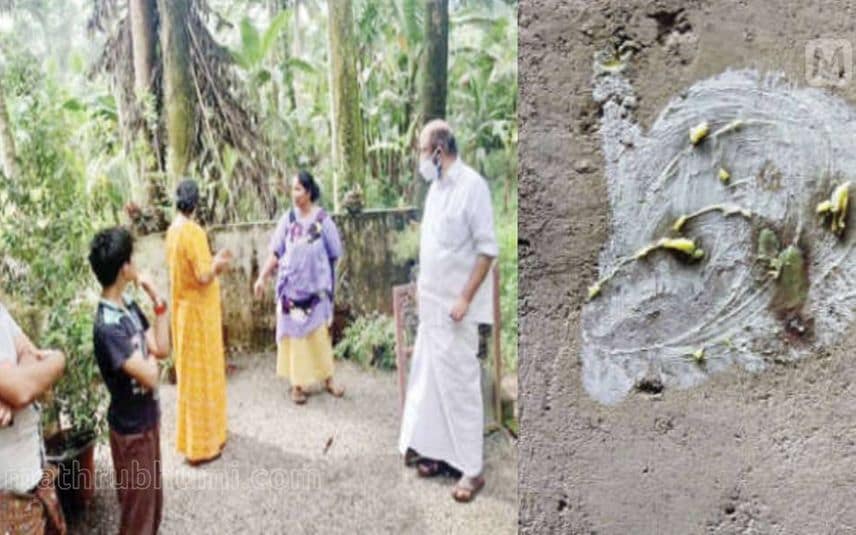 The place where robbery attempt happened-special marking on wall

Ettumanoor (Kottayam): With multiple theft attempts in houses, the residents of Kottayam’s Athirampuzha are on high alert, as suspecting Tamil Nadu-based Kuruva gang is behind the burglary attempts. The police have intensified the search to find the culprits behind the theft attempts after examining CCTV visuals in the region. Panchayat authority also intervened to alert the people.

As per reports, a special marking made of a Calcium hydroxide like mixture was found on the wall of Neermalakkunnel Mujeeb's house here. According to residents, some vagabond women might have marked the place after examining the place as there are no people at that house during the daytime. Four other cases of theft have been reported from the region. While attempts of robbery from nearby Adachira further put the dwellers in the locality in sleepless nights.

Meanwhile, on Sunday evening, locals detained a gang of non-Keralite women engaged in collecting scrap after finding them under suspicious circumstances. The natives handed over the women to the police.

In the statement to police, the women claimed that they are from Karnataka and Tamil Nadu. But none of them possessed any valid identity proof to justify their claims.

Both Ettumanoor and Gandhinagar police are probing the case. Residential associations, social groups, youth have been carrying out night patrolling in the region.