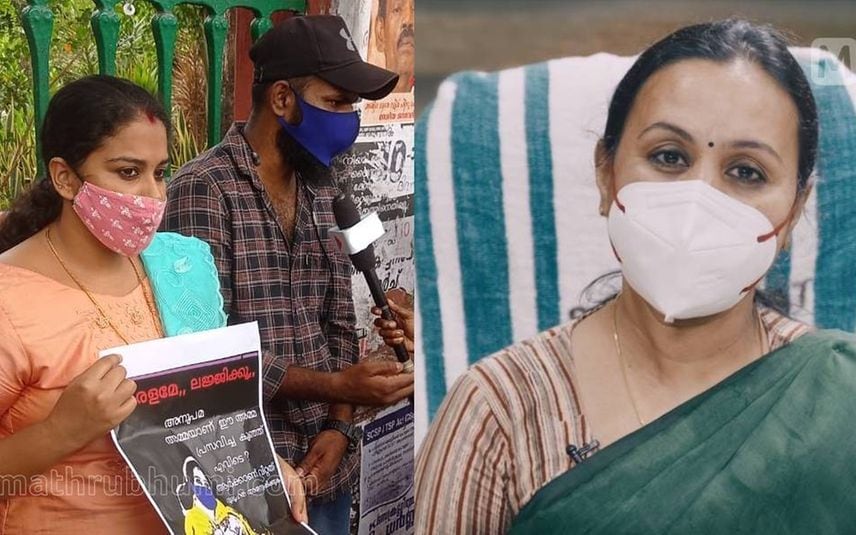 Kozhikode: Hours after the Kerala-based mother, whose child went missing soon after giving birth, the state government has vowed all legal supports to get the child back.

The Minister for Family Welfare, Child and Women Development, Veena George, has also directed the department secretary to approach Thiruvananthapuram Vanchiyoor Family Court to annul all the procedures held to adopt her baby. The government will convey the court the claims of Anupama.

The government pleader will also be entrusted with case today itself.

In the meantime, Anupama and her husband Ajith continue the hunger strike in front of the Secretariat.

The state government has confirmed that the baby of Anupama was adopted by a couple in Andra Pradesh. However, it was a temporary adoption and the procedures in this regard have not yet completed so. The court was supposed to deliver a final verdict in this regard.

Anupama had already demanded a DNA test to prove that it is her baby. The government will also examine procedures followed by the child welfare committee for the adoption. This will also be conveyed to the court.

Anupama S Chandran, a former member of SFI and the daughter of a Peroorkada CPI-M area committee member Jayachandran, came up with the allegations against her family members a few days back.

Anupama had fallen in love with DYFI Peroorkada area president Ajith who was already married. Anupama's parents were not happy over this alliance. Anupama and Ajith could not start living together as he was not legally divorced at that time.

Meanwhile, Anupama gave birth to a baby on October 19 last year. According to Anupama’s complaint, the child was taken away from her by her father and relatives three days after the delivery. They had promised that the baby will be brought back once Anupama’s sister is married off. However, they did not bring the child back even after her sister’s wedding.