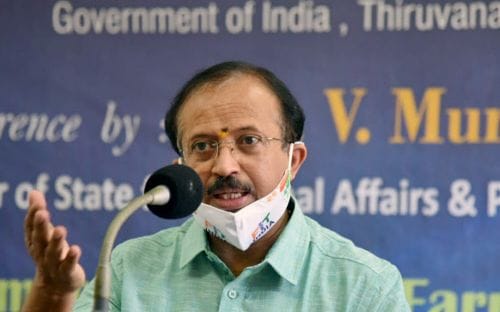 Muraleedharan alleged that Left MPs from Kerala have tried to recreate ‘Sivankutty School’ in the Parliament. He also claimed that the conduct of the MPs brings down the dignity of Malayalis. He raised this allegation at a press meet by showing pictures of Binoy Viswam and V Sivadasan climbing on top of the table.

“Elamaram Kareem who pretends himself to be a labour leader held the neck of a House marshal and pulled him. The marshal earns his livelihood by doing his job,” Muraleedhran said.

“As opposition is in full cooperation with the ruling faction, any anti-democratic move is possible here in Kerala,” Muraleedhran further added.