Former IPS officer K Radhakrishnan (61), a native of Thripunithura, was allegedly harassed and denied retirement benefits for not toeing the CPM line over the investigation in Fasal murder case. The court order to regularise his service compensating the four years when he was under suspension, has been ignored by the state govt. 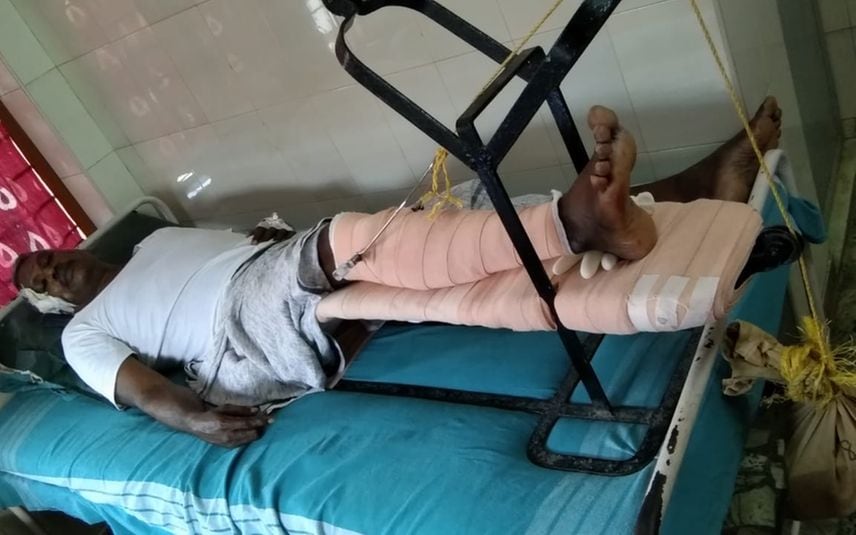 Kochi: Former IPS officer K Radhakrishnan (61), a native of Thripunithura, says he has been harassed and denied retirement benefits for not toeing the CPM line over the investigation in Fasal murder case. The court order to regularise his service,compensating the four years when he was under suspension, has been ignored by the state government.

The IPS officer had to work as a security guard in Bengaluru to support his family during the ordeal.

Radhakrishnan was working as the DySP at Kannur District Crime Records Bureau when Muhammed Fasal was murdered by a gang on October 22, 2006. Fazal joined National Development Front (NDF) by leaving CPM and it irked party members. The then Kannur DIG formed a team to probe it with Radhakrishnan as its head.

“Kodiyeri Balakrishnan, the then home minister, summoned me asking to submit the chargesheet against RSS workers in seven days. However, the evidence was against CPM members and I conveyed my stance clearly. In the meantime, CPM area committee came up with a list of four RSS activists behind the murder. By examining their activities before and after the murder and their phone call details, I reiterated my stance that RSS had no role in it. Later it was found that a local aide of CPM activist Karayi Chandrasekharan, then CPM local secretary, called Karayi Rajan, the then Thalassery area secretary, from the spot at the same time Fazal was murdered. Calls were also made to three hospitals in Thalassery from CPM area committee office number. The evidence was against CPM activists and I released the RSS workers,” said Radhakrishnan.

'' That was the beginning a long battle with CPM as they were irked by his move'', says Radhakrishnan. “I was summoned by Kodiyeri Balakrishnan again and he wanted to know my stance on the case. I conveyed to him that the evidence was against CPM activists and RSS had no role in the case. Upset over this, he told me not to take any action without informing him. In ten days, I was removed from the probe team and the case was handed over to the crime branch,” said Radhakrishnan.

He was under the scanner since then and in December 2006, he was attacked brutally by persons suspected to be CPM activists. “I had to spend one-and-a-half-year in a hospital bed as there was a serious spine injury. In between, there were many attempts to fabricate false cases against me, including an immoral trafficking case.”

Meanwhile, he was suspended on a false complaint filed by a joint excise commissioner in 2016 in an alleged move to deny him IPS. “For four-and-a-half-year, I was under suspension. I had to approach the Central Administration Tribunal (CAT) and Supreme Court to revoke my suspension. During this period, I had no income and it was the worst period for me and my family. With the apex court order, I joined back on duty as the commandant of KAP fifth battalion commandant in August 2020, just eight months ahead of my retirement date.”

The day before his retirement on April 30, 2021, he was served two more memos over fake custodial torture and also on the compliant of a joint excise commissioner. '' It was a deliberate move to deny me providing pension and other retirement benefits.''

He approached the CAT again to do the needful in regularising his service and for getting pension, retirement benefits and also the salary during the period in which he was suspended illegally. “The CAT court in its verdict urged the state government to regularise my service; but it fell on deaf ears. I have approached the court again filing a contempt petition and the hearing of it will take place soon. The other petition seeking my pension and benefits is yet to be considered by the court, he added.

CBI investigation proved he was right

Proving that the ex-cop was right, the CBI team probing the Fasal murder case has also told the CBI Special Court that RSS has no role in the case. It was also reported that Fazal was murdered by a gang led by Kodi Suni, the convict in TP Chandrasekharan murder case. The CBI team also indicated that the murder was the execution of a conspiracy hatched by Karayi Rajan and Karayi Chandrasekharan.

CM told me to die by suicide

In the meantime, he tried to meet the Chief Minister of Kerala, Pinarayi Vijayan in 2019 and 2020, but was denied permission. “Recently I met him. I conveyed to him my pathetic situation and also the need to get pension and other benefits. I told him that I have no option except dying by suicide. However, the reply was shocking, 'ennal pinne angane akatte' (you may do so). It was with tearful eyes that I came out of the CM's office and I feel ashamed of living in a state ruled by a person who has no moral values. CPM tortures me for doing my duty in utmost honesty,” added Radhakrishnan.

He expects CPM attack any time

K Radhakrishnan met with an accident recently when he was on his way to meet the lawyer in connection with this case. “I don't think that CPM has a role in it. I was hit by a two-wheeler while crossing the road. He was identified later as a gentleman without any link to any political influence,” he added.

However, he said, he would meet the same fate of TP Chandrasekharan and Fazal. “I have no fear as I expect an encounter at any time,” added Radhakrishnan.

His wife is an arthritis patient and son is preparing for civil service and daughter is doing PhD. Radhakrishnan had to sell his family property to meet the expenses of treatment and legal proceedings.