In the latest notification on December 31, 2021, the Ministry of Environment, Forest, and Climate Change amended the Environment (Protection) Rules, 1986, extending the deadline to notify the new rules till June 30, 2022, due to the Covid pandemic. 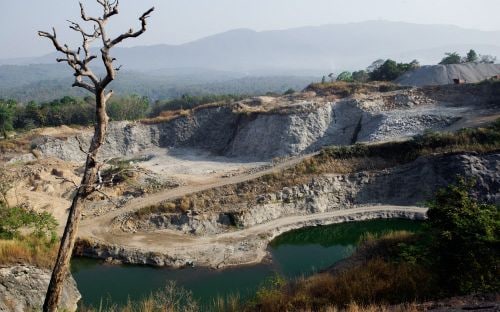 New Delhi: Even after a decade of the Gadgil report and the subsequently appointed High-Level Working Group Dr. K. Kasturirangan Committee report for remedial steps for protection of ecology of the Western Ghats, implementation of the report to conserve the fragile mountain ranges is still a far cry from the actual circumstances.

In the latest notification on December 31, 2021, the Ministry of Environment, Forest, and Climate Change amended the Environment (Protection) Rules, 1986, extending the deadline to notify the new rules till June 30, 2022, due to the Covid pandemic.

Prior to that, while responding to a plea before the National Green Tribunal (NGT) on December 2, 2020, the Union Environment Ministry submitted that the Covid-19 situation has persisted and indicates rising trends in the majority of the States. Despite best efforts, the working in the respective states, including the holding of public consultations and meetings, has been adversely affected, it said.

In this situation, some state governments are yet to provide the information required for finalisation of the Notification of the Western Ghats Ecologically Sensitive Area (ESA). That information is also pending from the states in the context of other Eco-Sensitive Zone (ESZ) draft notifications, the Ministry said responding to the plea filed by petitioner Goa Foundation's execution application in the matter on December 22.

Notably, the last few years in Kerala, where the Western Ghats cover nearly 56 per cent of the total geographical area, has been facing repeated natural disasters including landslides and flood situations.

Rapid climate changes have also been witnessed in the neighbouring Karnataka, Tamil Nadu, and other states sharing the mountain ranges.

The report recommends a complete ban on mining, quarrying, setting up of red category industries and thermal power projects. It also stated that the impact of infrastructural projects on the forest and wildlife should be studied before permission is given for these activities.

The Environment Ministry said that some exclusion was made in 2013 itself at the request of Kerala. The said area primarily pertains to the Idukki region where landslides and natural disasters have been witnessed in recent years. Therefore, such areas shall also have to be considered for purposes of Western Ghats Eco-Sensitive Area. However, to bring such an area under ESA, a fresh draft notification is required to be issued so as to seek public comment, it said.

During a virtual meeting on the implementation of the Kasturirangan report on the Western Ghats, chaired by Union Minister for Environment, Forest and Labour Bhupender Yadav on December 4, 2021, Karnataka Chief Minister Basavaraj Bommai had said that declaring the Western Ghats as an ESA would adversely affect the livelihood of the people in the region.

During the meeting, Bommai "strongly" presented his state's stand.

He drew the attention of the participants to the fact that the state cabinet had decided to oppose the Kasturirangan report.
The decision had been taken after exhaustive discussions with people of the Western Ghat region and officials.

Karnataka has the distinction of being one of the states with extensive forest cover.

"Our government has taken extreme care to protect the biodiversity of Western Ghats. People of the region have adopted agriculture and horticultural activities in an eco-friendly manner.

"Priority has been accorded for environment protection under the Forest Protection Act. In this background, bringing one more law that would affect the livelihood of the local people is not appropriate," Bommai had said.

The Kasturirangan report has been prepared based on the satellite images, but the ground reality is different, the Chief Minister claimed.

In Kerala, in the recent past, the issue stirred political, religious, and social resistance and the environmental issue turned ugly with the Church leaders backing the protesting farmers in high ranges of the state.

Recently, Kerala Catholic Bishops' Council (KCBC) president Cardinal Mar George Alencherry wrote to Yadav urging him to extend the final notification on implementation of the Kasturirangan report and give the state time to redraw the geo coordinates.

How about a portable charging station for your electric vehicle? Kerala man is on it!

Sujith Rajan, who owns Cupower Technologies in Kochuveli Industrial Area in Thiruvananthapuram, and his team has rolled out a model of portable charging ..

Kochi: Twenty20 chief coordinator Sabu M Jacob informed that the party will contest the Thrikkakara by-election in association with the Aam Aadmi Party ..