Did not expect kidnap; both mother and baby are fine: Kottayam DMO

The baby was found from the vicinity of the hospital by the police and was shifted to the ICU for observation. 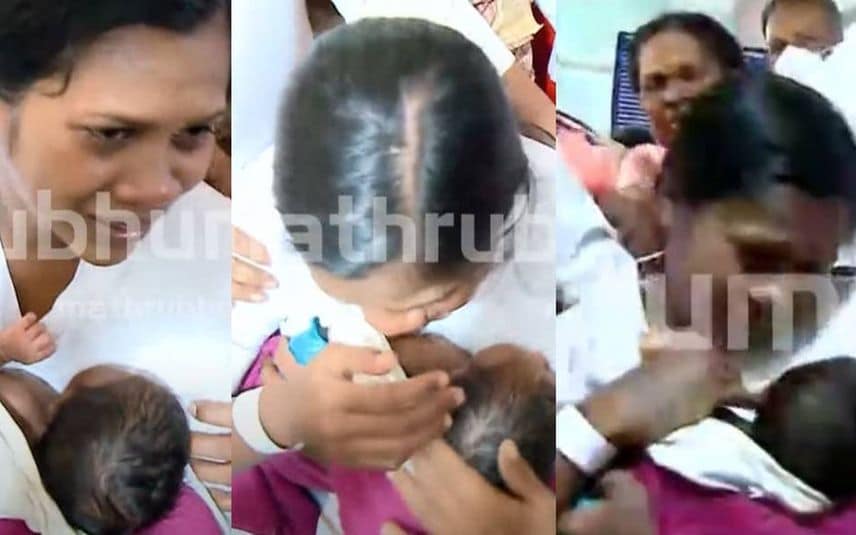 Kottayam: Kottayam DMO Ranjan said that the kidnapping of the newborn baby from the gynaecology ward of Kottayam Medical college hospital was very unexpected. The baby’s health is fine, the DMO told Mathrubhumi News. He also praised the effective and quick action taken by Gandhi Nagar police that helped to find the baby.

He said that the incident was unexpected as it happened in broad daylight inside a crowded hospital. The baby was found from the vicinity of the hospital by the police and was shifted to the ICU for observation. Both mother and the baby are doing well, the DMO said.

A woman dressed up as a nurse approached the baby’s mother on Thursday evening and told her that the doctor wanted to see the baby. The woman left the hospital with the infant. The mother approached the nursing station as the baby was not brought back even after a while. Nurses told her that they did not take the baby. Panicked hospital staff informed the police. The baby was later found in front of a hotel near the hospital.

The CCTV visuals show a woman wearing a light-pink coloured dress, say police. Staff and other witnesses claim they have seen the lady in the hospital on earlier occasions too. It is also doubted that this woman has masqueraded as a dentist at Dental college. The DMO said that if both these women are the same person, then she might be suffering from some kind of mental disorder.