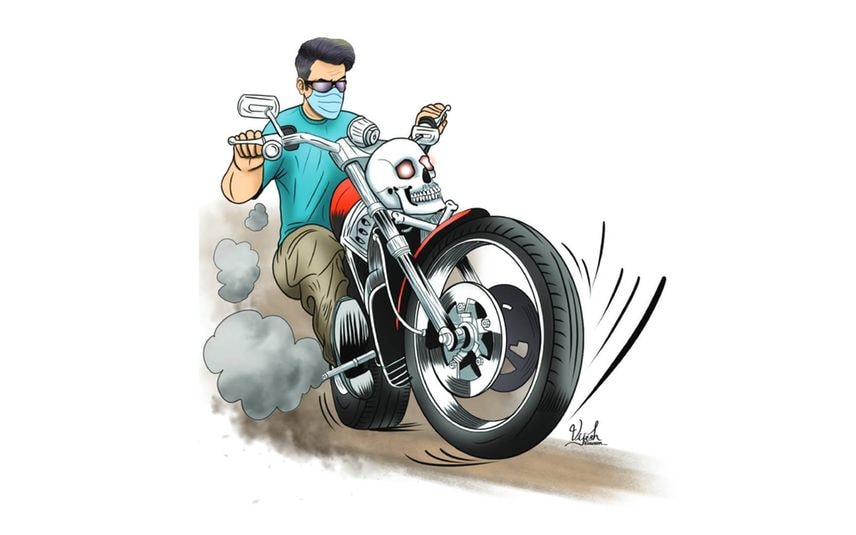 Kozhikode: The Motor Vehicle Department is struggling to nab bikers conducting racing events on public roads in the state.

Following the death of two youngsters in Thiruvananthapuram due to racing, the MVD initiated inspections across the state under 'Operation Race' to nab culprits. However, the officials failed to arrest any violators.

The racing events held on public roads had led to panic among commuters. Excessive speed and dangerous manoeuvring often left many vehicles on the path of danger. However, the officials struggle to stop these violators due to several restrictions. Even if they chased the racers, there is risk of an accident.

Meanwhile, a circular released by the government dictates the use of cameras to identify the vehicle. The cameras struggle to capture a clear picture of the number plates.