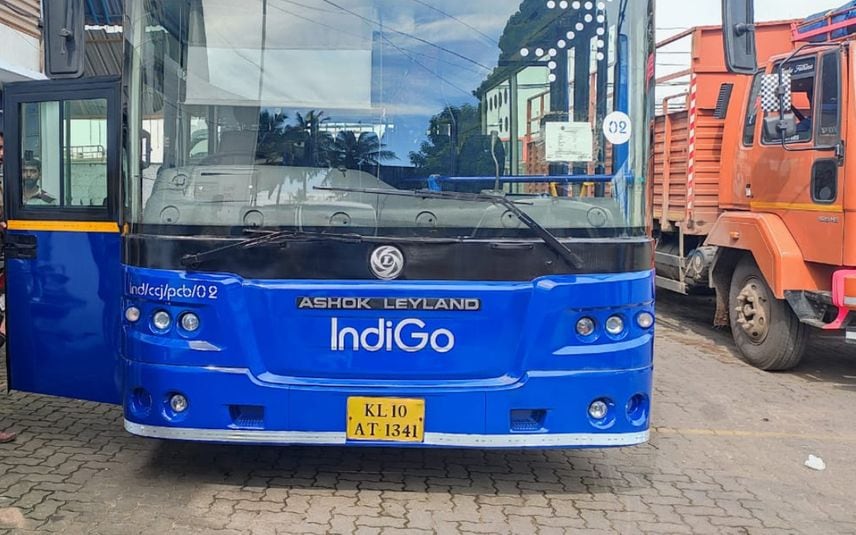 Karipur: The Kerala Motor Vehicle Department has intensified action against the buses which operate service in Kozhikode international airport here over tax evasion. On Wednesday, Malappuram RTO has issued a notice to a bus owned by IndiGo airlines for evading tax worth Rs 37,000.

On Tuesday, Kozhikode RTO seized another bus serving inside Karipur airport for evading tax worth Rs 40,000. Further, RTO said that many vehicles operating service inside the airport have failed to pay road tax on time. Kondotty RTO also served a notice to another bus in the airport.

Officials said that inspections would be conducted to identify vehicles which continue service in the airport by evading tax.

"Initially, a notice will be issued, and time will be provided to pay the fine and tax. If failed, the vehicle will be seized," informed the MVD officials.