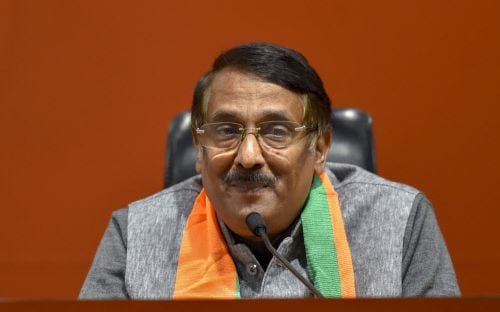 New Delhi: Kerala is moving towards becoming "the erstwhile Kashmir", BJP spokesperson Tom Vadakkan charged on Monday after a purported video of a minor boy shouting provocative slogans during a PFI rally in the state went viral.

He also targeted the state's ruling Left Democratic Front and the Congress, alleging that they get political support from the Popular Front of India (PFI), particularly at the panchayat level.

He alleged the "PFI used the kid for sloganeering against Hindus and Christians" that they should be "ready for their funerals".

"Sounds very familiar to what we have heard numerous times in Kashmir before execution of Kashmiri Pandits and from the mouths of the 'tukde tukde' gang, and at many demonstrations which were anti-national in nature," he said.

"...sad but true Kerala is moving towards becoming the erstwhile Kashmir," he added.

A short video of a boy sitting on the shoulder of a person during the PFI's "Save the Republic" rally on May 21 in Alappuzha and raising allegedly provocative slogans went viral on social media.

The National Commission for Protection of Child Rights (NCPCR) has sought registration of an FIR over the matter.

The Kerala Police Monday night registered a case in the matter under section 153 A of the Indian Penal Code which deals with the offence of promoting enmity between different religious groups.

The PFI, in an internal note, which was made available to the media, said such slogans were against the policy of the outfit and that it would look into the matter. PTI