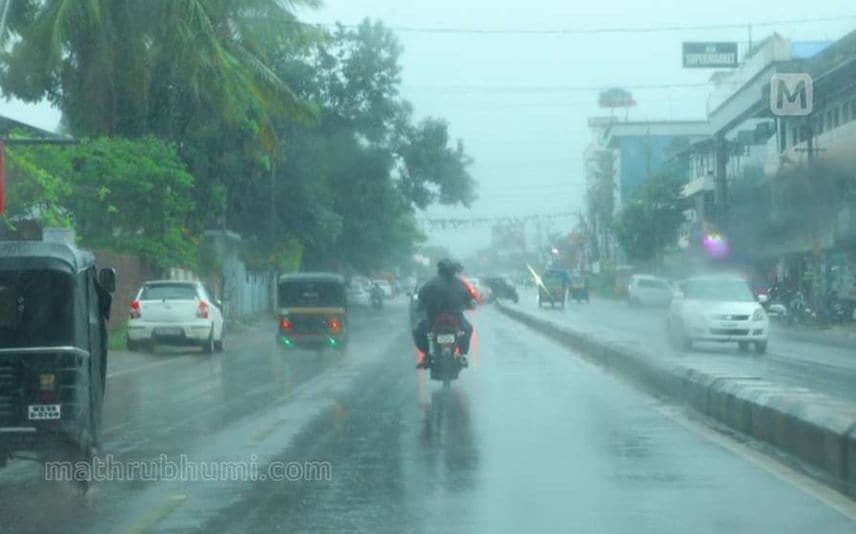 Thiruvananthapuram: At a time when the country is receiving more rains on the back of the southwest monsoon, India Meteorological Department (IMD) has forecasted that the rainfall is less likely to get intense in Kerala. According to IMD, this year’s rainfall will be less than the long-term average rainfall of Kerala.

The rain is likely to decrease by 40 per cent in Kerala while the country witnesses an increase of 103 per cent of its long-term average rainfall.

This time monsoon reached the state earlier. South-west monsoon made the entry on May 29, against the normal date of onset of June 1, showed IMD update. The monsoon has now reached Karnataka and rains have subdued in the state. Though Kerala is probable of getting incessant rains till June 4, the chance of heavy rains is less.

Last year Kerala had a normal monsoon. If the rain shows a 19 per cent increase or decrease than the normal range, it is considered normal only. Last year, the decrease was only 16 per cent.

However, in March, April and May the state received 85 per cent more rainfall than the normal range of 351.5 mm.

Meanwhile, last month KSEB had decided to increase water storage in reservoirs based on reports that speculated monsoon may not get intense. Every year, on May 31, KSEB usually maintains the water required for generating 550 million units of electricity. The primary estimate is that it will be increased by at least 50 per cent. But the decision will be based on the independent reservoirs and their water levels.