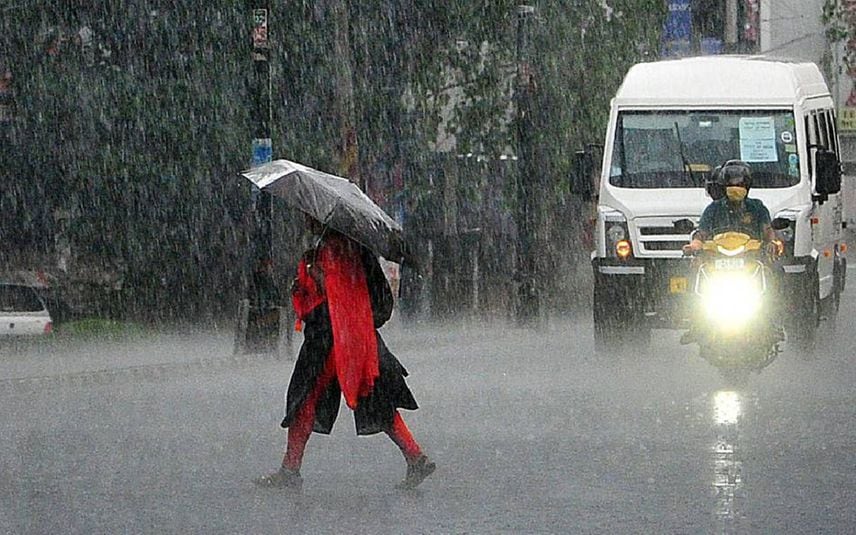 Thiruvananthapuram: Kerala is likely to witness heavy rains in the next 5 days. The India Metrological Department has sounded a red alert in Ernakulam, Idukki, Malappuram and Kozhikode on Tuesday. The IMD has predicted a possibility of isolated strong rains in several parts of the state.

Thiruvananthapuram, Kollam, Pathanamthitta, Alappuzha, Kottayam, Thrissur, Palakkad and Wayanad districts have been placed under orange alert. The IMD has also sounded a yellow alert for Kannur and Kasaragod. According to the IMD, Kerala is likely to receive heavy rains in the next five days from September 7 to 10.

Moderate rainfall is likely at one or two places in all districts of Kerala, according to an alert issued by the Kerala State Disaster Management Authority (KSDMA) on Tuesday.

The IMD has also warned the fishermen not to venture into the sea for fishing from September 6 to 9 due to strong winds and adverse climatic conditions.