Police claims in HC Dileep not cooperating with probe in new case, actor terms it manipulation

Dileep's lawyers also hinted in the high court that they would probably be filing a case seeking a CBI probe into the whole matter which according to them has been turned into a "media trial". 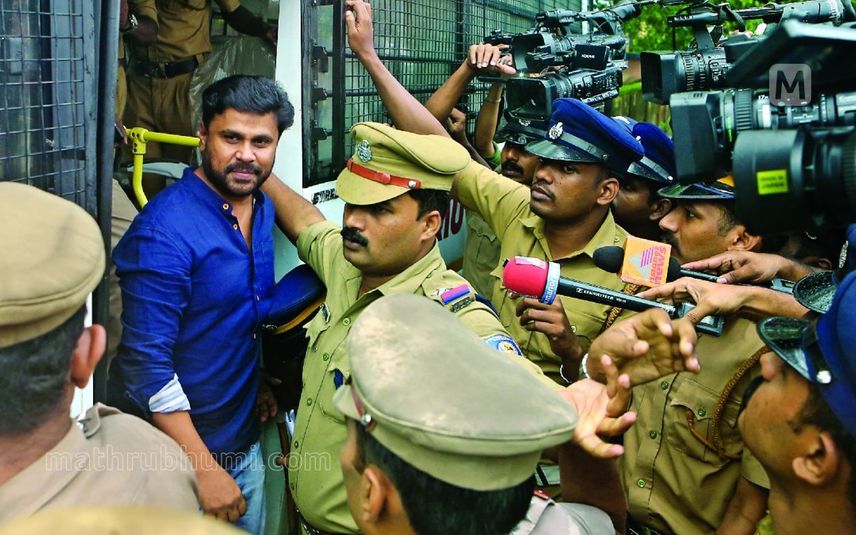 Kochi:The police on Monday told the Kerala High Court that actor Dileep and others were not cooperating with the investigation in the FIR against them for allegedly threatening officials probing the sexual assault of an actress in 2017, while the actor claimed that the latest case was a "manipulation".

Dileep's lawyers also hinted in the high court that they would probably be filing a case seeking a CBI probe into the whole matter which according to them has been turned into a "media trial".

Senior advocate B Raman Pillai and advocate Philip T Varghese, appearing for the actor, also alleged that the fresh case against him was "fabricated" by the Crime Branch officers investigating the assault on the actress.

The contentions by both sides were made during the hearing of the anticipatory bail pleas moved by the actor, his brother, brother-in-law and others in the fresh case lodged against them.

The plea was vehemently opposed by Director General of Prosecution T A Shaji and additional public prosecutor P Narayanan, who represented the police, saying the conduct of the actor and the accused so far in the case does not entitle them to any leniency or discretionary relief from the court.

They claimed that the accused not only did not cooperate with the investigation, they also tampered with the evidence as they sent their mobile phones to Mumbai under the pretext of forensic examination to "sabotage the probe".

They also questioned how Dileep and the others can demand that the phones be examined at a facility of their choice.

"What is so special about him that he is dictating terms (of the probe)? They cannot be allowed to take the court and the law for a ride. Let them surrender to the process of the law like any other accused," they further contended.

The police also argued that they have been unable to unearth anything in the case due to the protective order Dileep and the others are enjoying since January 12.

They also urged the court to handover to them the phones produced by the accused before the Registrar General of the high court as per its order of January 29.

This was opposed by Dileep's lawyers who said that the phones may remain with the court for the time being.

They contended that the police were trying to get custody of the actor by whatever means possible and that the "case was a manipulation".

After hearing both sides, Justice Gopinath P listed the matter on Tuesday when he said he will decide what to do with regard to the mobile phones.

The court also said that it will hear the anticipatory bail pleas like that of any other accused.

The high court on January 29 had asked Dileep and others to produce before the Registrar General their mobile phones on a plea by the Crime Branch in a case against him and five others for allegedly threatening officials probing the sexual assault of an actress in 2017.

On January 22, the court had granted interim protection to Dileep from arrest and had directed him and the others to appear before the investigating officers on January 23, 24 and 25 for interrogation. The accused were directed to fully cooperate with the investigation.

Prior to this, the court had protected the actor and others from any coercive action on January 12.

On January 9, the Crime Branch registered the case on a complaint filed by an investigating officer based on a purported audio clip of Dileep, which was telecast by a TV channel, in which the actor was allegedly heard conspiring to attack the official.

The actress who has worked in Tamil, Telugu and Malayalam films, was abducted and allegedly molested in her car for two hours by some of the accused, who had forced their way into the vehicle on the night of February 17, 2017 and later escaped in a busy area. The entire act was filmed by some of the accused to blackmail the actress.

There are 10 accused in the case and police have arrested seven. Dileep was arrested subsequently and released on bail. PTI