4 held for trying to sell ambergris in TVM 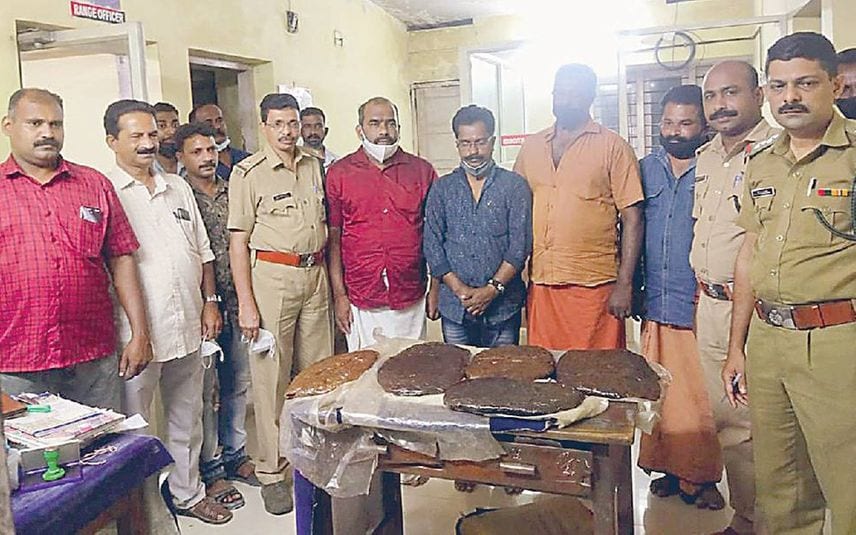 Thiruvananthapuram: A team of police has nabbed four members of a gang who were engaged in the illegal sale of Ambergris stored at their house on Friday. Palode Range Forest Officer Ajikumar and his team arrested Shaji (58), Sajeev (46), Biju (41)and Radhakrishnan (48) in connection with the case.

The five pieces of ambergris worth lakhs of rupees were found wrapped inside a bag from the kitchen at Shaji's house. The accused revealed that the product was taken from Tamil Nadu for exporting to foreign countries. Ambergris is used as a major ingredient to make perfumes.

The police officials stated that the four accused are members of an ambergris smuggling gang based in Nagercoil and Parassala. However, the investigation is ongoing to identify the person to whom ambergris was brought for.

The accused will be produced before the Nedumangad Judicial First Class Magistrate Court on Friday.

Kozhikode: Train No 16649 Mangalore Central – Nagercoil Jn Parasuram Express service will be completely halted from May 20 to 25 owing to the doubling ..

Kozhikode: The team probing the case pertaining to 266 discarded bullets in an abandoned plot near NH at Nellikkode here, has been probing all angles to ..

Malappuram: Four out of nine accused in the kidnap and murder of a traditional medical practitioner in Nilambur here confessed to the crime, police said ..