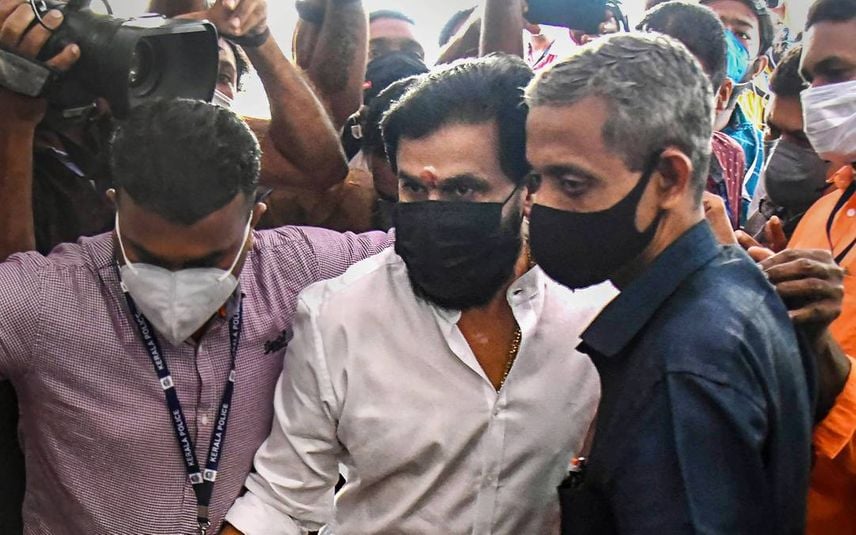 Kochi: The Crime Branch team probing the conspiracy case against actor Dileep and 5 others has concluded the interrogation of the actor on the second day. The actor and five others are facing charges for allegedly threatening the investigating officers of the actress attack case.

According to reports, Dileep left the Crime Branch office here without reacting to the media. It is learnt that the Crime Branch team grilled the actor for 22 hours in the two-day long interrogation. Dileep and the other accused will appear before the probe team on Tuesday too.

Meanwhile, the Crime Branch summoned director Rafi and Dileep’s production house manager to the office for clarifying some details of the case. According to reports, the audio clip submitted by director Balachandrakumar recorded the voice of director Rafi. Because of this, Rafi was summoned to the Crime Branch office.

Dileep is named as the first accused in the FIR. Anoop, who is Dileep's brother and Suraj, Dileep's brother-in-law are the second and third accused. Appu, Babu Chengamanad are the other accused. One more accused has not been identified yet.
Dileep is also the eighth accused in the actress assault case for alleged conspiracy. The case pertains that an actress who worked in Malayalam, Tamil, Telugu films was allegedly abducted and molested inside her car by a group of men who had forced their way into the vehicle on the night of February 17, 2017.