Dheeraj, a Kannur native and a BTech Computer Science 7th semester student succumbed to the injuries during an alleged clash with Youth Congress and KSU members on the premises of an engineering college in Idukki. 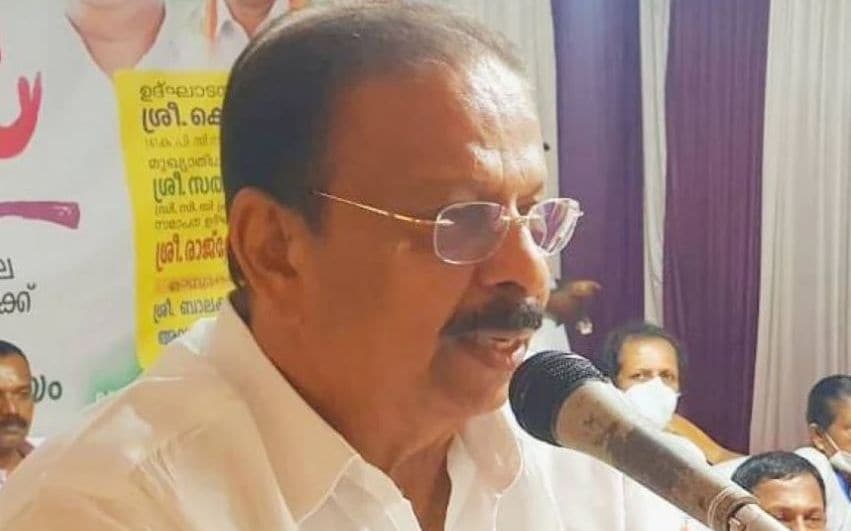 Kannur: KPCC president K Sudhakaran on Tuesday condemned the murder of SFI leader Dheeraj Rajendran(21) here on Tuesday. The SFI leader was brutally stabbed to death at Painavu Govt. Engineering College in Idukki on Monday. The KPCC chief alleged that SFI fueled the clashes that eventually led to the murder of Dheeraj.

He said that Congress has no history of promoting such barbaric politics in colleges for any reason. Sudhakaran added that the communist leaders who had turned colleges into breeding grounds of political killings have no moral right to blame any other party. His remark came while responding to the media in Kannur.

Dheeraj, a Kannur native and a BTech Computer Science 7th semester student succumbed to the injuries during an alleged clash with Youth Congress and KSU members on the premises of an engineering college in Idukki. Following this, several clashes erupted across the state. The police also nabbed the Youth Congress Mandalam Committee president Nikhil Paily after finding that he stabbed Dheeraj.

The police nabbed Nikhil Paily while he was attempting to flee in a bus from Karimanal in Idukki. Following this, he confessed to the killing of Dheeraj. Further, Police have taken 6 more into custody in connection with the murder and started questioning them. It is learnt that all six of them are KSU workers.