According to Dr. Latif, radical nationalists in India today inspired by the divisive British Raj historiography and the negative Orientalist projections of Islam and Muslims, are causing further divisiveness and religious violence in India.” 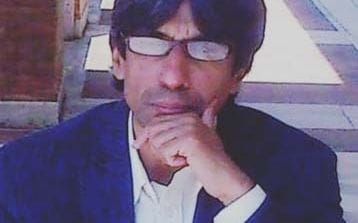 Kottayam: “Ideology and identity continued to be challenging forces in the making of history, as they were during the colonial period through the spectrum of orientalism,” says Dr. Abdel Latif Chalikandi, a renowned scholar and Cultural Advisor, Tawasul Europe Centre for Research and Dialogue, Rome. He was delivering ‘Shahul Hameed Sahib Memorial Web Lecture – 2022’ organised by Vakkom Moulavi Memorial Research Centre on the theme British Raj: Orientalism, Power and Formation of Indian History.

According to Dr. Latif, radical nationalists in India today inspired by the divisive British Raj historiography and the negative Orientalist projections of Islam and Muslims, are causing further divisiveness and religious violence in India.”

He said “many British historians and colonial administrators, like Mill and Lord Macaulay, were not only contemptuous of India's ancient culture but also created a discourse of Hindu-Muslim rivalries by dividing India's history on a religious basis.” Dr Latif also said that “radical identity politics championed by certain minority groups further erodes the communal peace and harmony in the country. And amidst this, we must stress the pluralistic ethos of India, upholding a refined humanism that cut across all religions, cultural and ethnic divisions,” he added.

He also noted that “research should be conducted into roots of the colonial historiography to make both academics and laymen to make them aware of its perils and the way its germs continue to shape the country's community relations in a negative way.” We must necessarily de-colonialise our approach to Indian history and re-form it in a more inclusive, humanistic terms,” he pointed out.

Lack of coordination led to man's death during mock drill in Pathanamthitta: ...