Pinarayi Vijayan said his government has promised to the people of the State that it would make Kerala a destination for responsible investments and responsible industries. 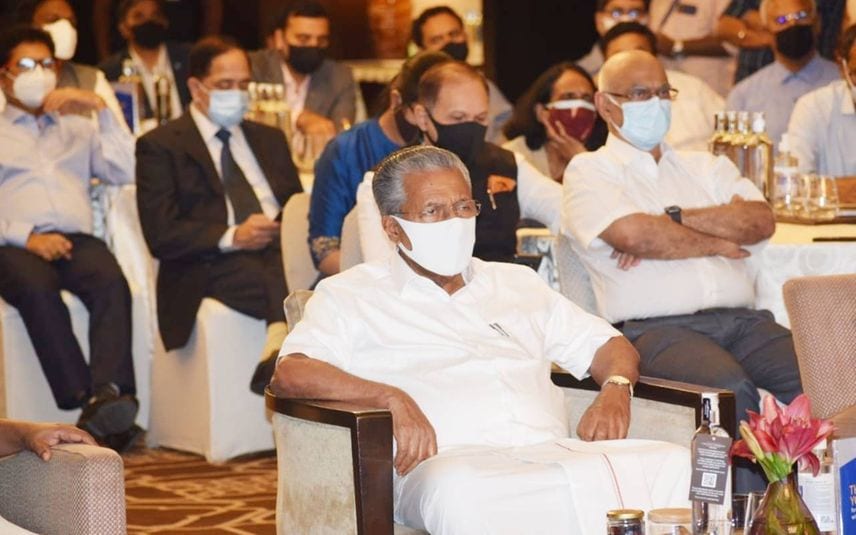 Hyderabad: Kerala Chief Minister Pinarayi Vijayan on Friday invited what he called as responsible industries from Telangana to invest in the southern State by offering them the most literate workforce in the country.

The Chief Minister interacted with prominent industry leaders of Telangana, members of CII, CREDAI, representatives of IT, pharma and other industries to discuss the investment opportunities in Kerala at a function organised here.

Addressing the investors, Pinarayi Vijayan said his government has carved out a new approach for "Resilient and Sustainable Industrial Development" and this was based on the principles of "5Rs framework for Sustainability (Zero Waste)" focusing on Responsible Industries & Investments, Reducing Regulatory Compliance Burden, Robust Industrial Infrastructure, Renewed Logistics ecosystem and Resilient Thrust Sector.

"Kerala is an exciting and dynamic phase in its economic development. Our aspiration is to become the leader in attracting investors to the State in industries that conform to the overarching goals of environmental sustainability. We will achieve this goal with determination and focus," he said.

Pinarayi Vijayan said his government has promised to the people of the State that it would make Kerala a destination for responsible investments and responsible industries.

"In line with this promise, the State government has been very pro-active in taking up many initiatives to energise and stimulate the industrial and business environment in the State," he said.

Pinarayi Vijayan said his government has rolled out many policy reforms to facilitate responsible investment and accelerate industrial growth.

Highlighting Kerala's achievement in various segments to become a better place for investments, he said the State has been ranked fifth in the Good Governance Index published by the Central government.

"It has made huge improvements in several areas including the ease of doing business and industrial growth and is now ranked first among southern States," he said.

Noting that Kerala has been the frontrunner in the country on the social development front, Pinarayi Vijayan said it is a leader in achievement of Sustainable Development Goals relating to health, education, and gender equality.

"Kerala has maintained its position as the best-performing large State in terms of overall performance, according to the latest NITI Aayog Health Index 2019-2020 for several years in a row. These are reflections of the policies that the State has adopted in health-related sectors and in governance in general," he said attracting business from Telangana.

He said the State was looking for strategic partnerships. "We can assure you that the State's facilities are comparable to the best in country." The State is gifted with strengths that are better than what is found in other regions in the country, he said.

"On natural resources, we are blessed with an abundance of water, a clean and hygienic environment. We can offer you the most literate workforce in the country which is even comparable with several regions in developed nations," the Chief Minister said.

Pinarayi Vijayan said Kerala has been the first State in the country to enact a one-stop omnibus legislation.

"This has radically helped to facilitate a smooth setup experience for investors, both prospective and existing", he said.

He welcomed the investors from Telangana to become a partner of the State's genuine and sincere quest to achieve inclusive socio-economic development.