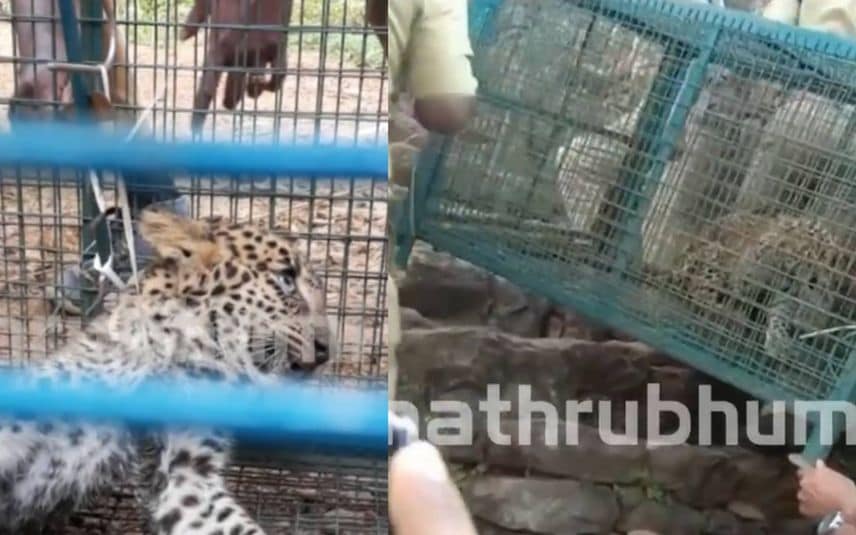 Pathanamthitta: Forest officials have caught a leopard from the premises of a house at Angamoozhy here on Wednesday. The wild animal was found injured while roaming around the village.

According to reports, the leopard which is nearly one year old was trapped by using a net and cage.

The leopard was spotted in the wee hours of Wednesday near the house of Suresh at Angamoozhy, a village close to the forest range.

It was seen near the goat shed at the compound of the house.

It is reported that the leopard was found weak due to the injuries.

The natives informed police and forest officials after spotting the animal. RRP team rushed to the spot immediately and trapped the leopard.

As the leopard was weak, it didn’t try to attack anyone or escape from the trap.