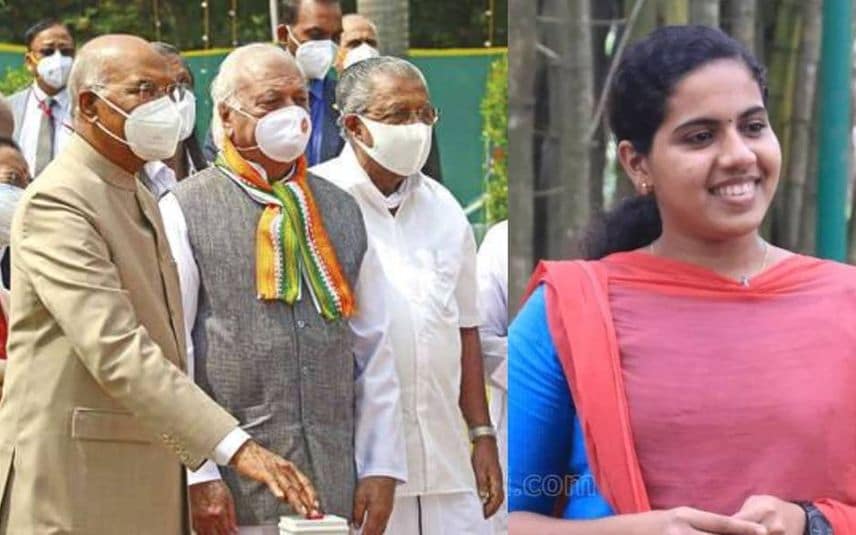 Thiruvananthapuram: Several agencies have begun a probe if there was a violation of protocol done by the vehicle carrying the Thiruvananthapuram mayor Arya Rajendran when the President Ram Nath Kovind was travelling from the airport to attend an event in the capital city.

Kovind, who is on a state visit, arrived from Kochi on Thursday morning at the airport in state capital.

He was to be present at the inauguration of the event to unveil a statue of the late P.N. Panicker, the pioneer of learning, literacy and library movements, in the city.

It was when the presidential convoy with Kovind travelling second in the 14 vehicle-cavalcade was moving towards Poojapura, nearly 8 km from the airport, the vehicle carrying the mayor was trying to enter into the convoy as she was also to be present on the stage with Kovind at the event.

After travelling a few kilometres, her vehicle got into the convoy near the General hospital and followed the eighth vehicle of the convoy.

According to sources, this was a serious lapse done by the mayor and as soon as her vehicle entered into the ninth position, vehicles behind her had to halt

Central agencies have started a probe into what they allege is a serious lapse of protocol and will submit a report on this. The Kerala Police is looking into the matter as well.

Time and again the mayor has been in the news for various reasons.

She first came in the limelight in December 2020, after becoming the youngest mayor in the country at the age of 21.

Since then she has come under attack from the BJP, the main opposition in the Thiruvananthapuram Corporation, for allegations of corruption.