4 killed as lorry overturns in Kasaragod 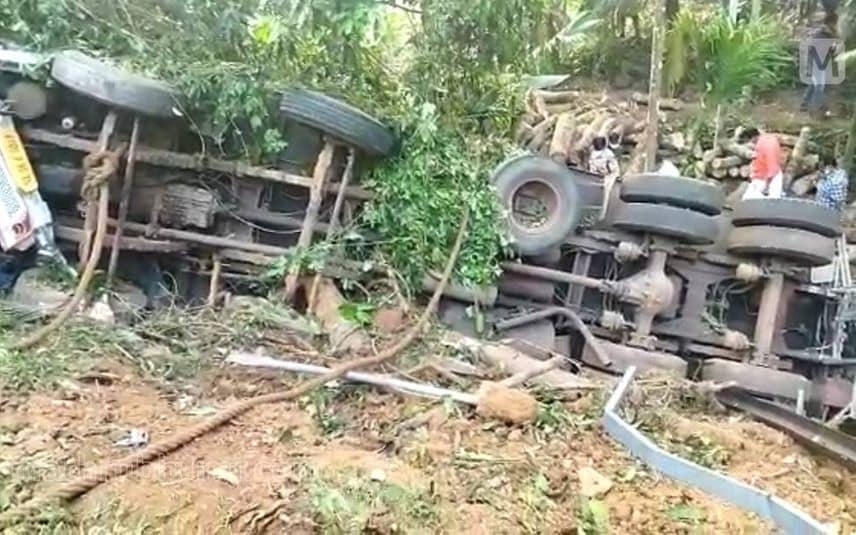 Kasaragod: Four people were killed after a lorry carrying timber overturned at Panathur here on Thursday. According to reports, the lorry got stuck on a huge bend and plunged into a canal after demolishing the sheets of a nearby house.

A total of 9 people were travelling in the vehicle. Rajapuram police informed that all the injured were shifted to hospital.
It is learnt that Kunduppally natives were in the lorry.

As the lorry overturned, the people in the vehicle got trapped inside it.

Rajpuram police and fire force personnel carried out the rescue operation with the help of the natives.