CM takes a dig at Muslim League over offensive remark against his daughter, son-in-law 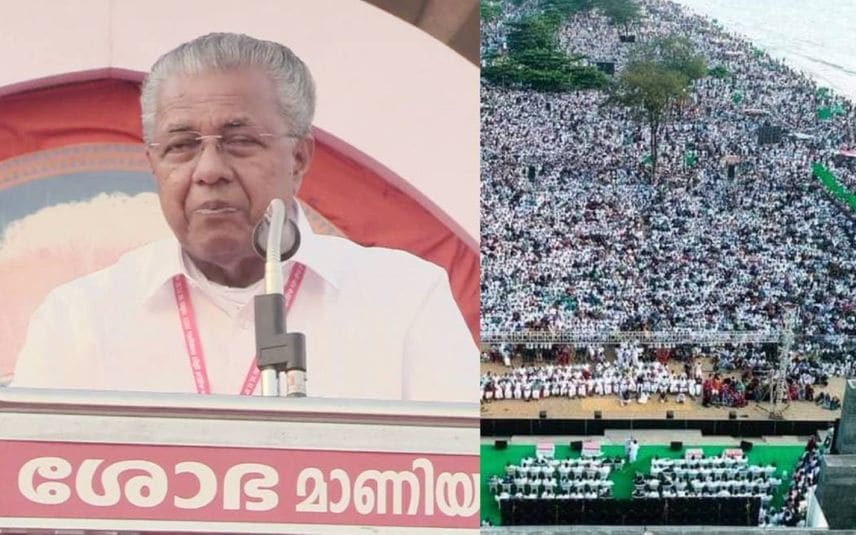 Kannur: Chief Minister Pinarayi Vijayan has raised a sharp criticism against Muslim League here on Sunday over Muslim League state secretary Abdurahiman’s controversial remark against his family members. While addressing a protest against Waqf board appointment, Abdurahiman made offensive remarks against CM’s daughter Veena and her husband PWD minister Muhammad Riyas. Without mentioning Abdurahiman’s name, Pinrayi Vijayan took a dig at him for making a derogatory statement against his family.

The CM was addressing a public meet organised in connection with the CPM Kannur district meet here on Sunday.

“ You must have the sense to realise who is your mother and sister. Kerala has seen your culture at a venue in Kozhikode. Why are you so intolerant?. Why did you drag my poor father’s name into the row over Waqf board?. I have already declared multiple times that I’m proud of being a toddy tapper’s son. Do you think Pinarayi Vijayan will be ashamed of his father’s job?,” asked CM.

“Every person will behave as per the culture they experienced and inculcated. At first, you should start practising good culture from your family. The co-workers must think about whether the person who raises allegations is coming from a good family or not. I don’t want to speak more about the matter. Don’t think that you will gain anything by making such petty threats,” added Pinarayi Vijayan.

He also criticised Muslim League’s tactics for gaining votes in the elections.