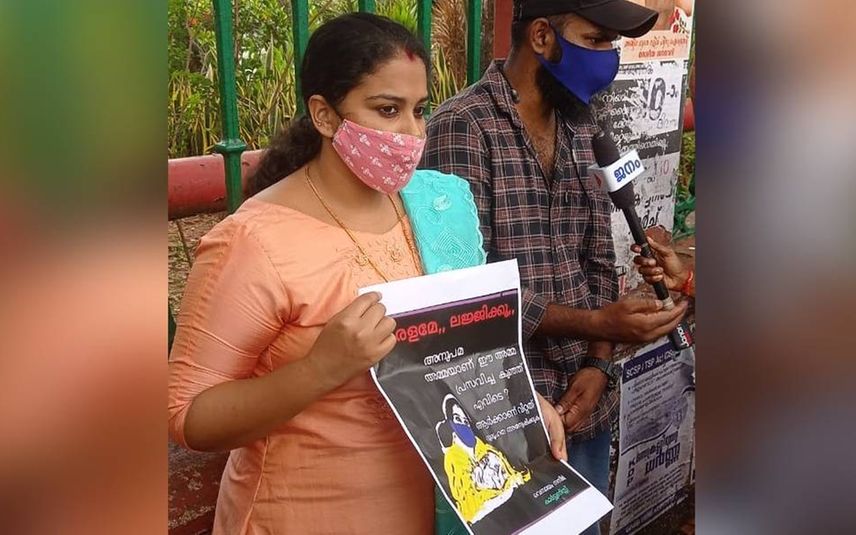 When the court was considering the anticipatory bail plea, the prosecution argued that the accused should be taken for further interrogation.

In the bail plea, the court will pronounce its verdict on November 2.Meanwhile, the defendant claimed that the case will not exist.

“Anupama’s parents didn’t try to kill the baby. They handed over the baby to safe hands. All these facts are mentioned in Anupama’s affidavit too. Her parents only took the step which could be taken by any other parents when their daughter who was sent for studies return home after getting pregnant,” argued the defendant as seeking bail to the accused.

Anupama S Chandran, a 23-year old woman, daughter of a senior leader of the ruling CPM, has accused her parents of forcefully having taken away her newborn child from her soon after its birth a year ago and approached the police seeking to get the baby back.

Anupama S Chandran, daughter of CPM local committee member P S Jayachandran, alleged that though she had lodged a complaint with the police several times since April, they were reluctant to register a case against the family members.

However, Peroorkkada police registered a case against six people, including Anupama’s parents, sister, and husband, and father's two friends, and said the delay happened as they were waiting for the legal opinion.
Multiple charges, under IPC Section 343 (wrongful confinement), 361 (kidnapping from wrongful guardianship), 471 (using as genuine a forged document), and so on, were imposed against the accused