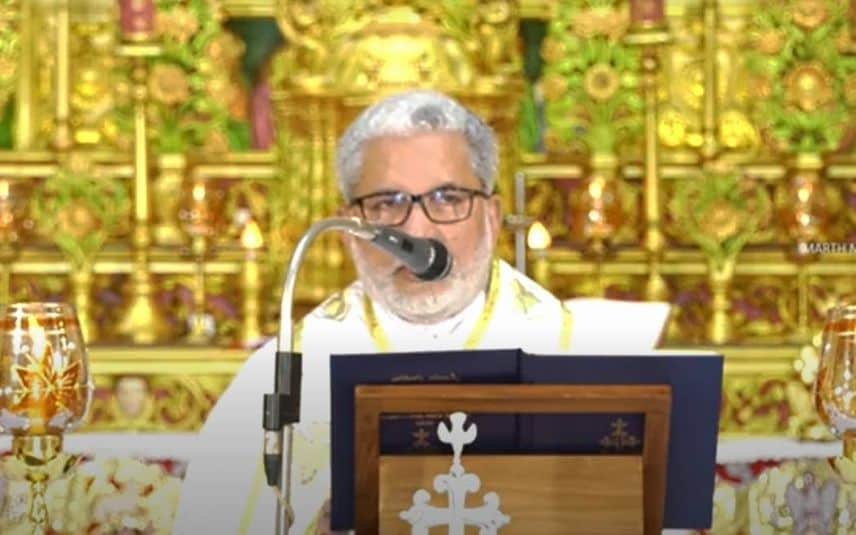 Kottayam: Kuravilangad Police has registered a case against Syro Malabar Church Pala diocese bishop Mar Joseph Kallarangatt over his controversial statement on ‘narcotic Jihad’. The bishop has been booked as per the order of Pala Magistrate court here on Monday.

While considering the petition, the court ordered the police to initiate a probe on the same.

Kuravilangad police has registered a case against the bishop under IPC sections 153 A for promoting disharmony and enmity between religious groups and 153 B for making prejudicial references.
Meanwhile, Pala bishop house has informed that they will handle the case legally.

Bishop Mar Joseph Kallarangat, speaking at a function at Marth Mariam Pilgrim Church at Kuruvilangad in Kottayam district on September 9, alleged that non-Muslims in Kerala are subjected to "Love and Narcotic Jihad", which is spoiling lives, particularly of young people, by making them addicted to drugs.