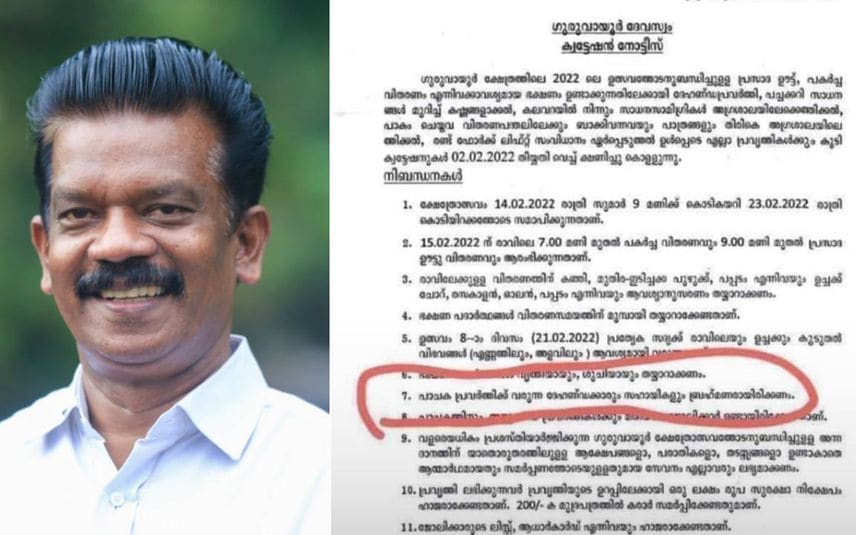 The quotation order for the Guruvayur temple festival, released on January 17, sought cooks and helpers of the brahmin caste. The move became controversial for obvious reasons.

However, the minister's office said that cooks will not be recruited as the big events planned had to be cut short due to the Covid-19 situation in the state.

The festival is scheduled for February 14-23. The cooks and helpers had to prepare food and distribute it for the visitors of the temple. The quotation was released by Devaswom Administrator.

It is a trap, says minister K Radhakrishnan on Antony Raju's offer to swap ministries

Darshan at Guruvayur temple to be controlled for next two days