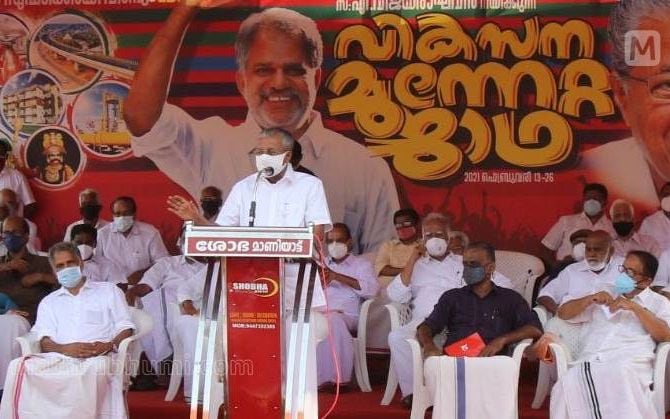 Uppala (Kasaragod): Chief Minister Pinarayi Vijayan on Saturday said that Kerala as a state has improved a lot in last five years and that many impossible things became possible here. Inaugurating the LDF's election campaign in north zone here, CM addressed the crowd listing each and every achievement of the government.

“The regret public had faced for years that nothing can happen in this land, has changed over the course of past 5 years. Now everyone is hopeful. They want the continuation of the good deeds LDF government,” he said.

People now believe that only LDF can lead the state in right direction. A bond has been created between the public and the government. The opposition forces have now come to realise that they will soon be uprooted. They tried hard to defame and destroy LDF. Some central agencies and few media also helped them. However, all these efforts were in vain. This was proved in local body elections, Pinarayi added.

LDF government did everything in their capability to carryout unobstructed developmental activities even in the wake of natural disasters and the Covid pandemic. Government always stood for unity, CM further stated.