There are 306 outlets in Kerala, which are not enough to cater to the need of the growing number of customers. Excise commissioner has recommended to increase the number of shops. 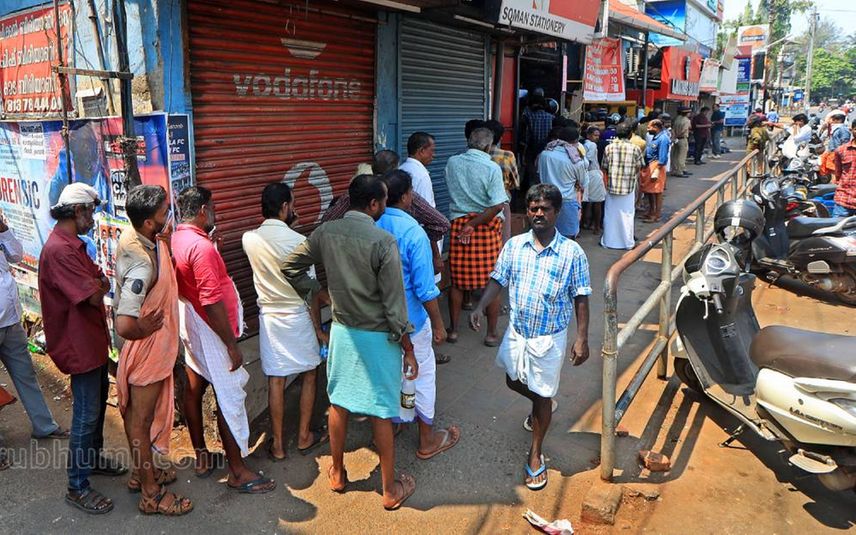 Kochi: The Kerala High Court urged the Beverages Corporation (Bevco) to run its outlets in a decent and civilised manner like any other shops selling commodities. Justice Ramachandran pointed out that Bevco is not selling any smuggled item so its customers must get the same facilities like in any other shop.

The court was considering a petition questioning the apathy of the government in providing basic facilities at its outlets in accordance with the court order four year ago.

Women and children cannot even pass by the outlets and the long queues in front of the outlets are not fair. The monopoly of Bevco in this sector was pointed out as the sole reason for the mess.

The government submitted before the court that there are plans to relocate as many as 96 outlets. The outlet in Thrissur Kuruppam Road was closed after it caused a contempt case. To reduce rush in outlets, bars are allowed to open from nine in the morning.

There are 306 outlets in Kerala, which are not enough to cater to the need of the growing number of customers. Excise commissioner has recommended to increase the number of shops.

The court also directed the government to ensure facilities at outlets as per Consumer Protection Act. The petition will be heard again on August 11.