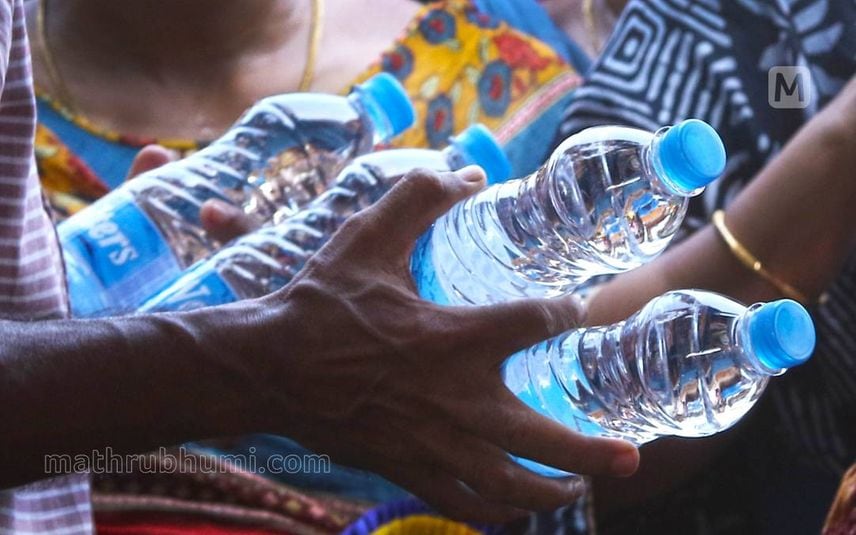 Kochi: The Kerala High Court on Tuesday asked a single judge to finally decide within two months a plea challenging the state government's decisions to declare bottled water as an essential item and cap its price at Rs 13 per litre.

The direction by a bench of Chief Justice S Manikumar and Justice Shaji P Chaly came while disposing of the state government's appeal against a single judge's December 15, 2021 interim order putting on hold the declaration and the price fixation, a lawyer associated with the case said.

The single judge's December 15, 2021 interim order had come on a batch of three petitions filed challenging a 2019 notification which declared bottled water as an essential item and the subsequent 2020 decision fixing the cap of Rs 13 per litre on packaged drinking water.

The government, in its appeal, had said that bottled drinking water was declared as an essential article and its cost was fixed at Rs 13 per litre to ensure its availability, at a fair price, and its equitable distribution in the state.

The state government, in its petition, had said, "In order to ensure the availability of the bottled drinking water, at a fair price and for securing its equitable distribution within the state of Kerala, especially in the summer season and during the Sabarimala season, it was decided to declare it, as an essential article under the Kerala Essential Articles Control Act."

The single judge had said that the state lacks jurisdiction or power to declare packaged drinking water as an essential article and therefore, its order fixing the price of bottled water at Rs 13 per litre was "legally unsustainable".

The single judge had further said that the state government "lacks jurisdiction in declaring packaged drinking water as an essential article under the Kerala Essential Articles Control Act,1986 in the light of the Food Safety Act 2006".

Seeking setting aside of the interim order, the state government had contended that the Food Safety and Standards Act, 2006 does not regulate the price of the packaged drinking water and it only fixes the standards of the food articles.

"Hence, there is no express bar in the Food Safety and Standards Act, 2006 over the state government to fix the price of drinking water," the petition had said.

While putting on hold the state government's notification and price fixation order, the single judge had directed it to come up with a proposal to regulate the cost of bottled water in the state, as it was being sold at different rates across Kerala, in consultation with the Centre.

It had also directed the Centre to file an affidavit on how the price of packaged drinking water can be regulated.

The 2019 notification had come pursuant to a representation moved by the Kerala Bottled Water Manufacturing Association before the state government for taking measures to control the selling price of bottled drinking water. PTI