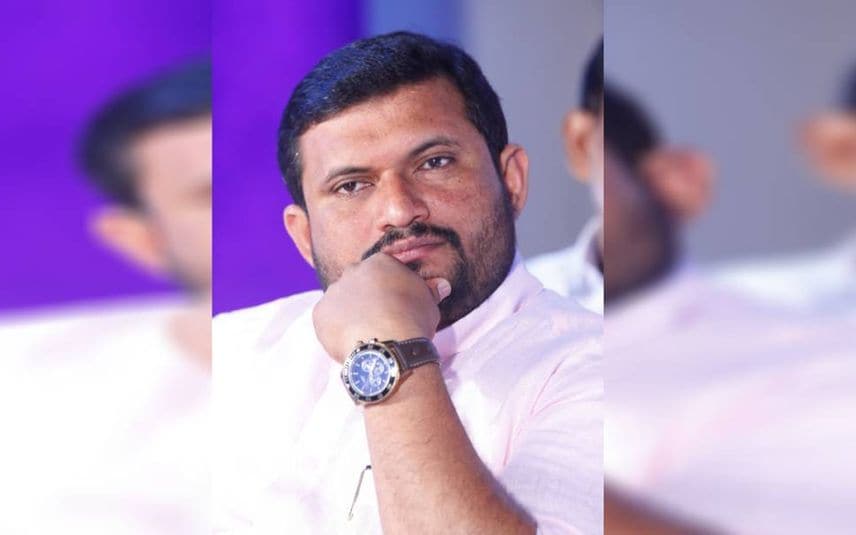 Kochi: The Kerala High Court on Wednesday suspended the conviction of former Lakshadweep MP Mohammed Faizal, saying that not doing so would result in fresh elections for his vacant seat which would impose an immense financial burden on the government and the public.

In the judgement which could annul the disqualification of Faizal as an MP, the High Court said the consequence of not suspending the conviction of the accused Faizal "is drastic not only for him (Faizal) but even for the nation."

The High Court said while purity in politics was necessary and decriminalisation of politics was an essential requirement of every democracy, "those lofty principles cannot be the reason for denying the application of the principles of rule of law."

"The societal interest in averting an expensive election that too, when the elected candidate can continue for a limited period alone if the fresh election is conducted, cannot be brushed aside by this court. The societal interest and the need to have purity in politics and elections will have to be balanced," the court said.

Faizal stood disqualified from the membership of Lok Sabha from January 11, the date of his conviction by a sessions court in Kavaratti, according to a notification issued on January 13 by the Lok Sabha Secretariat.

The decision of the High Court is likely to affect the bypoll scheduled for the Lakshadweep Lok Sabha constituency.

It said the next general polls to the Parliamentary constituencies is scheduled to be held in year 2024 and if the election for the constituency of Lakshadweep is to be held immediately on account of the conviction and consequent disqualification of Faizal, "the financial burden on the government and indirectly on the people is immense".

"Even after incurring enormous expenditure for the election, the elected candidate will have a term of only a period of fewer than 15 months. The aforesaid irreversible outcome cannot be ignored by this court since the consequence of not suspending the conviction is drastic. No doubt, the case falls under the category of rare and exceptional situation warranting a suspension of the conviction," it said.

Justice Kurian also brushed aside as untenable the argument of the Lakshadweep Administration, represented by Additional Solicitor General K N Nataraj and Deputy Solicitor General of India (DSGI) Manu S, that since disqualification takes effect by operation of law immediately on his conviction and a suspension/stay of conviction will not revive his membership in Parliament.

"There can be no quarrel (and it was not disputed also) that if a sitting Member of the Parliament is convicted and, in the appeal, a stay or suspension of conviction is granted by the Appellate Court, the disqualification will cease to operate from the date of suspension/stay," the High Court said.

Justice Kurian said if the stay or suspension of conviction does not relate back to the date of conviction, "it would lead to an incongruous and illogical situation as for a brief period of few days the member remained disqualified and thereafter, his disqualification becomes ineffective".

The High Court said the enormity of administrative exercises required for the conduct of an election would inevitably lead to various developmental activities in the Union Territory of Lakshadweep coming to a halt for a few weeks at least.

"On consideration of the various legal and other circumstances and the special features arising in this case, especially those relating to the petitioner (Faizal), this court is of the view that his case falls within the category of rare and exceptional circumstances. The ramifications of not suspending the conviction are enormous. Hence, this court is of the view that the conviction and sentence of imprisonment imposed on Faizal in the files of the Sessions Court, Kavaratti, Union Territory of Lakshadweep, should be suspended until disposal of the appeal," the High Court said.

It said the conviction and sentence of Faizal would be suspended subject to the condition that he deposits, within two weeks, the fine of Rs one lakh imposed on him by the sessions court.

The High Court declined to suspend the conviction of the three other accused, including Faizal's brother, but suspended their 10 year sentences till disposal of the appeal subject to the same condition that they deposit the fines imposed upon them within two weeks.

In the case of Faizal's brother, who was a teacher in government service, the court said a conviction cannot be suspended merely because the accused would lose his employment.

Besides that, all four were also directed to execute a bond of Rs 50,000 with two solvent sureties each for the like sum to the satisfaction of the sessions court.

In its judgement, the High Court also noted that the accused despite possessing dangerous weapons, only used the blunt edges of the same to inflict injuries and it was a significant point to be considered when prosecuting them for attempt to murder.

The Union Territory (UT) of Lakshadweep had opposed suspension of sentence of the convicts, saying that granting them the relief would "shake the people's faith in the judicial process."

Their release would send a wrong message to society, the island administration had said.

There were 37 accused in the case. Of them, two had died and the trial had abated against them.

Of the remaining 35, four people -- including the disqualified MP and his brother -- were convicted and sentenced to 10 years imprisonment, while the rest were acquitted.

According to prosecution, Faizal and 36 other accused along with some other identifiable persons, armed with deadly weapons, committed offence of rioting and voluntarily caused hurt on Salih after wrongfully confining him and his friend Mohammed Kassim at a place at Androth island.

Three accused, including Faizal, chased Salih when he tried to flee the spot, broke open the room of a house where he had taken shelter and brutally manhandled him with the aid of dangerous weapons including sword, sticks, chopper, iron rod, and rafters, among others.

They were attacked when they had reached the spot for intervening in a political issue during the 2009 Lok Sabha polls.