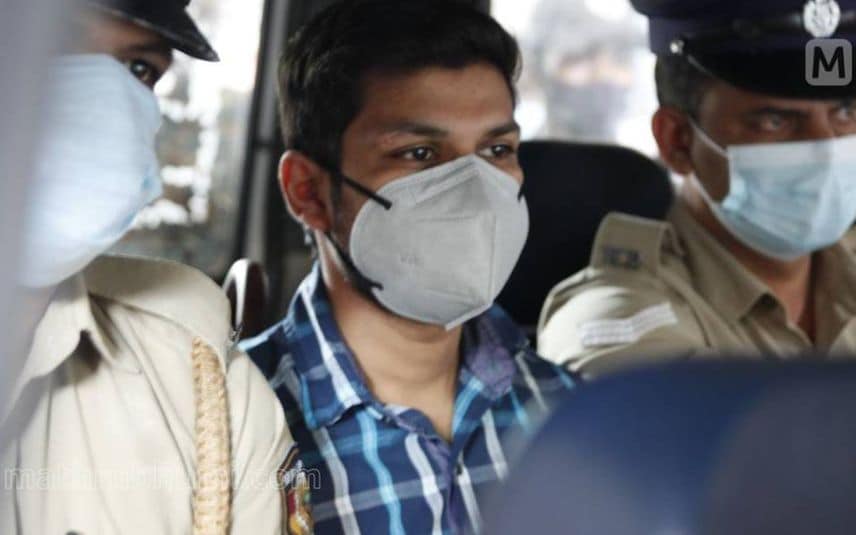 Kochi: The Kerala High Court on Tuesday admitted the appeal moved by the convict in the 'Uthra murder case' challenging his conviction and the double life sentence awarded to him for the "diabolical" killing of his wife by using a cobra.

A bench of Justices K Vinod Chandran and Ziyad Rahman A A also issued notice to the state seeking its stand on the appeal moved by the convict -- Sooraj S Kumar.

The trial court on October 13 last year had said that the crime was "definitely diabolic, cruel, heinous and dastardly" and committed with "unparalleled wickedness".

However, despite such strong observations, the trial court was of the view that the case did not fall in the rarest of the rare category for award of death sentence and instead had awarded life imprisonment to Kumar for killing his 25-year-old wife Uthra using a cobra.

The second life sentence was awarded for his initial attempt to kill her using the same method.

The trial court had directed that the life terms would start only after he serves 17 years -- 10 years for poisoning his wife and seven years for destruction of evidence.

It had further said that the sentences under Sections 328 and 201, which are term sentences, shall run first, consecutively and thereafter, the sentences of imprisonment for life shall run concurrently.

The trial court had also said that the fine amount of Rs 5.85 lakh, if recovered, shall be given as compensation to the parents of the victim.

In its over 450-page judgement, the trial court had noted the prosecution's contention that the accused had on both occasions, when he used snakes to kill her, first given her sedatives by mixing it in a liquid and she "unsuspectingly drank it" by "mistaking it for love" when in fact he had given her a "poisoned chalice".

"In the said circumstance, the commission of murder was definitely diabolic, cruel, heinous and dastardly..."

"In this case, the death was caused by injecting venom, a poison, with a live animal after the unsuspecting victim was sedated. No doubt, the murder is diabolic, ghastly, brutal and heinous," the court had said.

Kumar, in his appeal filed through advocate V John Sebastian Ralph, has refuted the allegations against him.

The punishment awarded to Kumar has been viewed as inadequate by many, including the victim's family and senior political leaders.

The victim's mother had said she was unsatisfied with the sentence awarded as she wanted the convict to be hanged till death.

Speaking to reporters at her residence, she had also said that it is such shortcomings in the Indian penal system which give rise to criminals like Kumar.

On October 11 last year, the court had held the husband guilty of murder, poisoning, destruction of evidence and also attempt to murder for his first try at killing her by using a viper. It pronounced the sentence two days later on October 13, 2021.

According to the prosecution, Kumar had killed Uthra by letting a cobra bite her in her sleep in May 2020.

Police had cracked the case following suspicion raised by Uthra's family as it was the second time she suffered a snake-bite within three months.

Suraj gets maximum punishment for all charges but murder