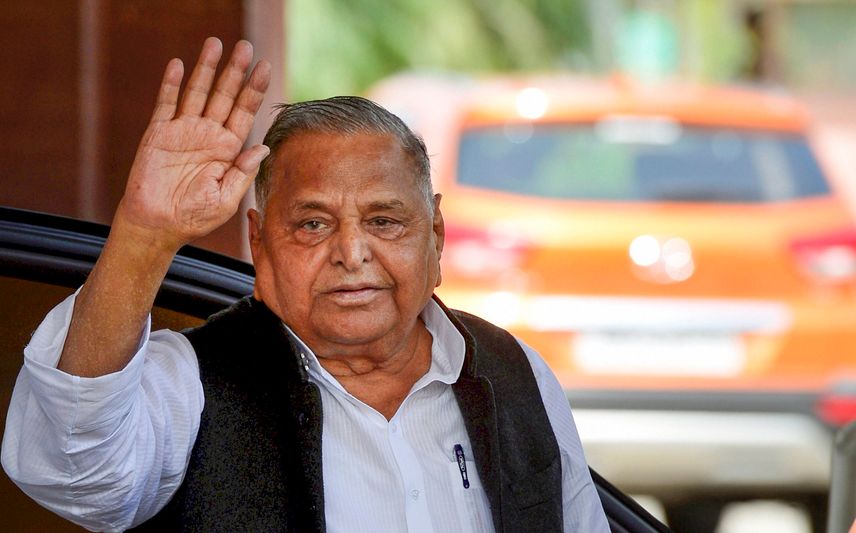 Former defence minister and three-time chief minister of Uttar Pradesh Yadav had been admitted to a hospital in August and was on October 2 shifted to the Intensive Care Unit of the Gurugram-based Medanta Hospital where he died on Monday. He was 82.

Khan, expressing condolences on the SP supremo's death, said the latter's commitment to ensure social welfare will be "long remembered".

Vijayan expressed his grief at the death of the former UP chief minister on Twitter and Facebook. He tweeted, "Deeply saddened by the passing of @samajwadiparty founder Mulayam Singh Yadav ji, India's former Defence Minister and 3 time UP CM. He always stood by secular ideals and fought for social justice. Heartfelt condolences to @yadavakhilesh ji, family, friends and supporters."

In his Facebook post, the Kerala Chief Minister said the SP supremo's death was a great loss to Indian secular politics especially at a time "when the Left and other secular groups were re-emerging as a united front at the national level".

Vijayan said Yadav's election as a UP legislator for over three decades and thrice as a Lok Sabha member shows the strong public support he enjoyed.

"He always maintained warm relations with the people and the secular groups, including the Left," he said in his post.

Kerala Assembly Speaker A N Shamseer, in a Facebook post, said Yadav's death was a "big blow to secular India". "Mulayam Singh Yadav was a leader who tried to lead national politics for the social justice of the backward class people. A great parliamentarian, he stood up for democratic India. His death is a big blow to secular India," he said.

Leader of Opposition in the state assembly and Congress leader V D Satheesan also expressed sadness at Yadav's death. "Deeply saddened by the passing away of #MulayamSinghYadav Ji. A tall figure in national politics, son of the soil, he will be missed by the country," he tweeted.

Kerala Pradesh Congress Committee president and MP K Sudhakaran too condoled Yadav's death by tweeting that the latter was a "true statesman and a remarkable human being". "His contribution to socialist politics and his compassion for poor people has made him a leader of the masses. His loss marks the end of an era. Om Shanti!," Sudhakaran tweeted. PTI