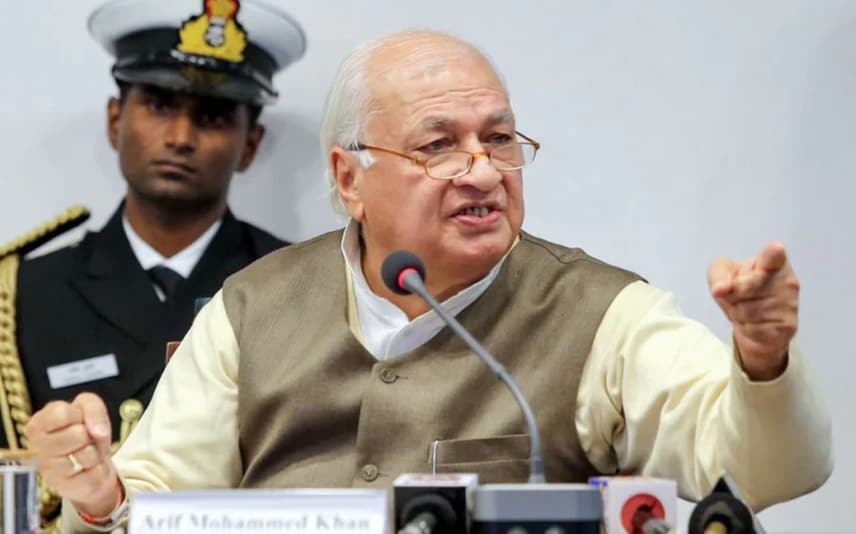 Thiruvananthapuram: Kerala Governor Arif Mohammad Khan on Wednesday slammed the comment of a Mulism cleric against the madrasa committee for inviting a girl student to the stage to felicitate her.

“Sad to know that a young talented girl was humiliated on stage in Malappuram district while receiving a well deserved award simply because she was born into a Muslim family,” the Governor said.

Two days ago, the video of EK Samastha leader MT Abdulla Musliyar criticising the organisers of an annual meet of a madrasa in Perinthalmanna in Malappuram for inviting girls to the state had gone viral. He was heard asking them if they were not aware of the decision of Samastha [on such matters]. Musliyar said that the parents of the girls can be invited to the stage instead.

“This is yet another example of how Muslim clerics continue to push hard Muslim women into seclusion and suppress their personality in total defiance of Qur'anic commands and provisions of the Constitution,” the Governor said.

Khan quoted Holy Quran to justify his comments. “Holy Qur'an says - ‘And women shall have rights similar to the rights against them according to what is fair and reasonable, but men have an added degree of RESPONSIBILITY towards them’ -2.228,” he said.

Governor doesn't have power to dismiss ministers on his own: Legal luminaries

Governor should rather sack Kannur VC than claim to have non-existing powers: VD Satheesan

Groups in Kerala anxious over support gained by Tharoor in Congress Prez ...