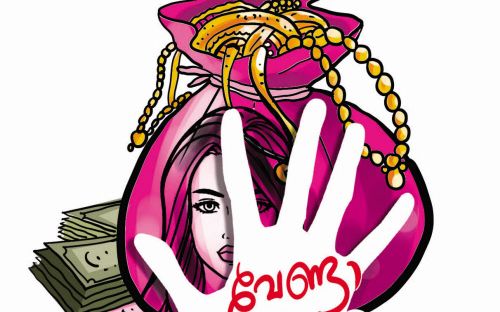 Pathanamthitta: Evoked by the shocking dowry harassment cases reported in Kerala, the Women & Child Development Department (WCD) under Kerala government has initiated a slew of measures to put a halt to the social evil.

As an extension, the department in an order, has directed to observe November 26 as anti-dowry day with special focus to students in schools and colleges. Students from higher secondary section to college level will take oath on that day not to give or receive dowry.

Though practice of giving or receiving dowry is illegal, many are practising it as a custom or to project their social status. The outdated practice is very common in Kerala despite the high literacy rate of the state. Dowry is given in various forms including money, property, gold, land and vehicle. The regressive practice is normalized to an extent that it is referred and considered as a gift. On the flip side of the issue, many parents sacrifice their complete earnings and income to pay dowry. Suicides and harassments associated with the practice often goes unreported due to social embarrassment. However, the constant media reports reveal the glaring reality.

Meanwhile, it is pertinent to note that even government officials are involved in the practice. To restrict that, WCD has made it mandatory for officials to sign a declaration against dowry if they are getting married. The same should be endorsed by their parents, partner and partner’s parents. The declaration need to be submitted in a specified format to the higher authorities within a month of marriage. Each district head of concerned departments need to compile details and submit the same to WCD officer in the district.

Giving dowry in kind before or after marriage comes under the ambit of the mandate. Stringent punishment including imprisonment or fine will be given if the norm is violated.