Named as "Kerala Savari", the online taxi hiring service is being rolled out by the state Labour Department linking the existing auto-taxi networks in the state with an aim to ensure safe and dispute-free travel for the public at affordable rates prevailing in the state. 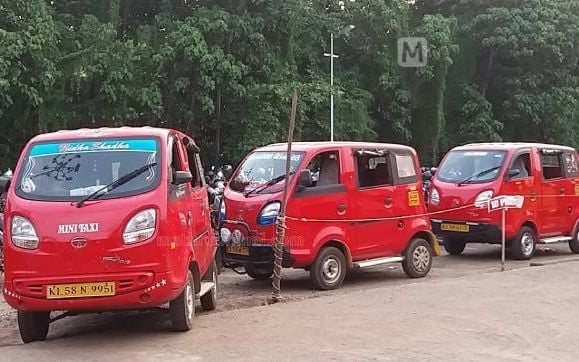 Thiruvananthapuram: The Kerala government is all set to come up with a 'desi' alternative to the popular corporate online cabs by launching its own e-taxi service from next month, considered to be the first such initiative by any state government in the country.

Named as "Kerala Savari", the online taxi hiring service is being rolled out by the state Labour Department linking the existing auto-taxi networks in the state with an aim to ensure safe and dispute-free travel for the public at affordable rates prevailing in the state. Addressing a press meet here, Minister for Education, Labour and Skill Development, V Sivankutty said the unique service was also envisaged as a helping hand to the auto-taxi labour sector, which is facing several challenges now-a-days. The new service would be launched in a function to be held at Kanakakkunnu Palace here on the beginning day of auspicious Malayalam month of Chingam, which falls on August 17.

"This is for the first time that a state government is launching an online taxi service in the country. It is perhaps the first such system in the government sector in the world itself... A complete safe and dispute free travel is the promise given by the Kerala Savari," Sivankutty said.

Explaining that the government is foraying into the e-taxi sector, dominated by multinational companies, considering the workers welfare, he said it has been learnt that there is a difference of 20-30 per cent between the rate received by the motor transport labourers and the rate charged from the passengers in all the existing online cab services.

As people prefer to use online taxi services more now-a-days, many of the conventional taxi stands have disappeared and a large number of motor transport workers have been rendered jobless, he said.

"It is in this circumstance that the Labour department has decided to launch an online taxi service in the government sector realising that there is a need to change the motor transport worker sector according to the needs of the time," the minister said.

The Kerala Motor Transport Workers' Welfare Fund Board is the implementation agency, which would act with the support of the departments like Legal Metrology, Transport, IT, Police and so on, he said.

Kerala Savari would charge only eight per cent service charge in addition to the rate fixed by the government, which was 20 to 30 per cent in other online taxis, he said. The amount, collected as service charge, would be utilised for the project implementation and promotional incentives for passengers and drivers, the minister added.

Noting that the Kerala Savari App would be safe for women and children, he said it was designed with utmost care in security standards. A police clearance certificate has been made mandatory for drivers joining the scheme, Sivankutty said, adding that the app also has the feature of a 'panic button' which can be used in case there is any accident or another similar danger.

"It has been decided to implement the scheme across the state. At present as many as 500 auto-taxi drivers in the Thiruvananthapuram Corporation limit are the members of the scheme. Officials of various departments have imparted training to them in various subjects," the minister added.