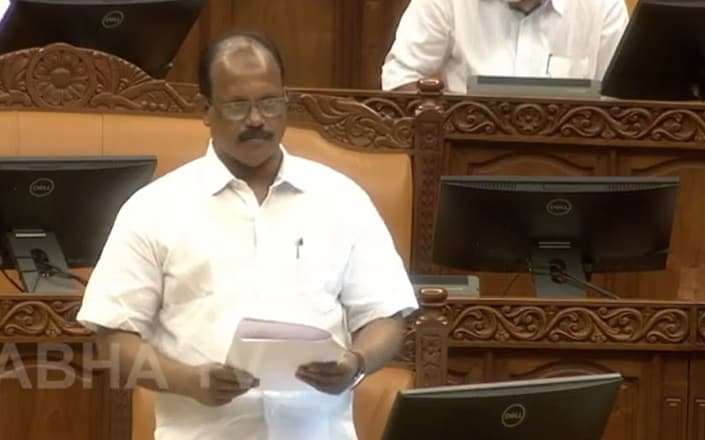 Thiruvananthapuram: The Kerala government has spent Rs 100 crore so far for the rehabilitation initiatives in connection with the under construction Vizhinjam sea port project, state port minister Ahammed Devarkovil said on Friday.

Several development and welfare initiatives are being implemented in the region using the government fund and also making use of the CSR fund of the construction company, he told the state Assembly.

The Union Environment Ministry, at the time of the signing of the contract, had directed to carry out rehabilitation initiatives to the tune of Rs 8.65 crore in the region, he said.

"But, the LDF government has adopted a positive policy towards the fishermen community and spent Rs 100 crore for rehabilitation alone," Devarkovil said during the question and answer session.

The significant thing was that land of local fishermen had not been acquired in connection with the sea port project. The land of those who lived away from the seashore had been taken for the same, he explained.

The over 130-day-long protest by fisherfolk against the under-construction Vizhinjam sea port was on Tuesday called off for now after discussions between the leaders of the agitation and Chief Minister Pinarayi Vijayan.

A large number of fisherfolk had been staging demonstrations outside the main entrance of the multi-purpose seaport at nearby Mulloor for the last more than four months. They attacked Vizhinjam police station on the night of November 27, injuring several policemen.