The former CM asked if the state government is saying that expats should die in foreign soil. 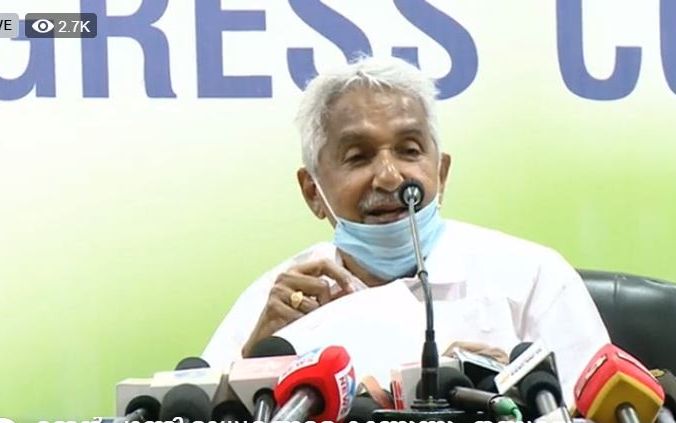 Addressing a press conference, he said the government should be ready to understand the reality of the circumstances. He also added that it is inhuman to block the return of expats by putting forward impractical demands.

Oommen Chandy said that it is not practical to demand COVID-19 negative certificates from every expat who wants to return to the state. There are restrictions in place for COVID testing in many countries. Expats can only act in accordance with that.

The government is intentionally propagating that if one COVID-19 patient is present in the flight all the co-passengers will contract the disease. However, people contracting the disease in similar fashion are very few.

The government is trying to divide the public and expat population by spreading misinformation about disease transmission. The former CM asked if the government is saying that the expats should die in foreign soil.

The government order said that the result will have to be submitted within three days after the test. This would mean that people who are waiting for confirmation of flights and flight tickets, will have to test for the disease multiple times.

Most of the people who have lost their jobs do not even have the means to undergo the tests.