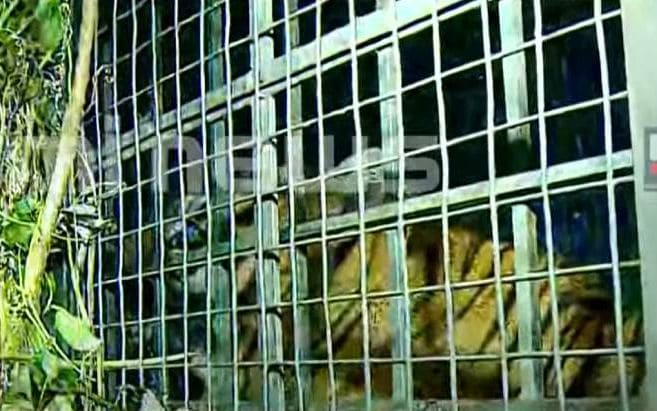 Idukki: The Forest Department has finally caught the tiger that killed a dozen of domesticated animals and disturbed the daily life of many in the Nyayamakad in Munnar. On Wednesday night, the tiger got trapped in one of the three cages placed by forest department officials.

However, the officials are not sure of the location to release the tiger. The medical team are trying to find whether the tiger could be able to survive if released into the wild. Initial examination does not show any health troubles, said the doctors.

Authorities are looking to release the tiger away from the Munnar region due to the risk of it returning to populated areas.

Further, it will be examined whether the tiger could be shifted to Periyar Tiger Reserve in Thekkady. The tiger killed at least ten cows in the area in the last couple of days.

The team will examine the pug marks to determine if it is the same tiger spotted at nearby locations.