House washed away in mudslide at Mundakayam 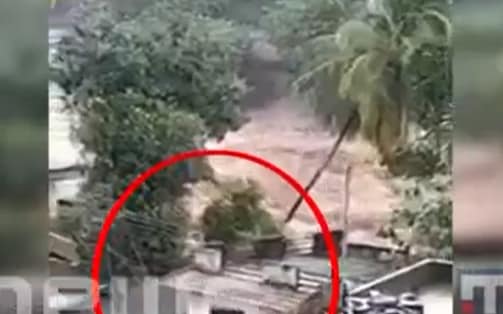 Kottayam: Heavy rainfall and flash floods caused abrupt landslides in Kottayam district. A house at Mundakayam drifted and collapsed in the massive mudslide on Sunday morning. A video that surfaced in socia media shows a house that vanished in the gushing waters within a few seconds. No casualties were reported.

Several other damages were also recorded at Mundakayam and adjacent localities.