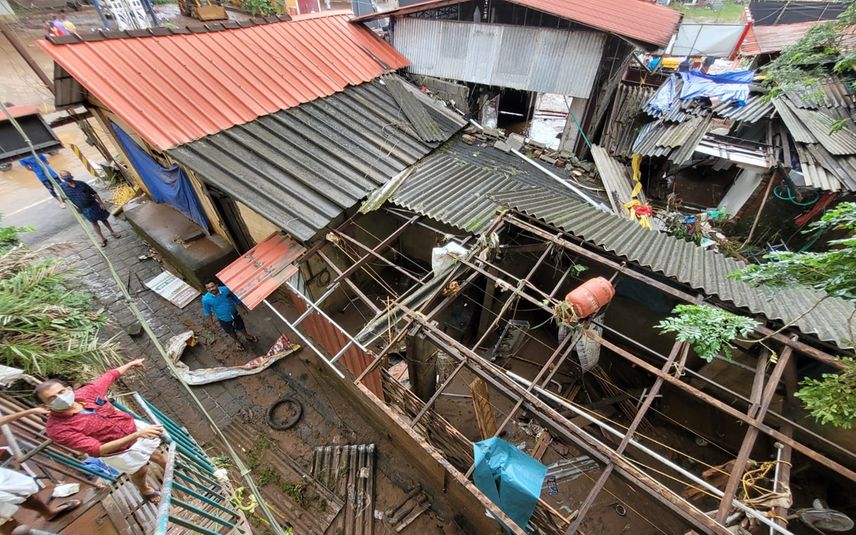 Thiruvananthapuram: The death toll in incidents related to heavy rains, including landslides and flash floods in Kerala rose to 27.

The Indian Navy said a helicopter from Naval Air Station, INS Garuda was launched on Sunday morning to drop relief materials to the affected people.

The helicopter undertook aerial sorties to assess the status of the floods and landslides for authorities to plan any land based search and rescue operations.

"At present all Air assets, Rescue teams, and Team of Naval divers are kept on standby to assist civil administration at short notice", a Navy statement said on Sunday.

Army said despite the harsh and inclement weather conditions, its personnel reached the affected areas within a few hours of requisition and have been employed in assistance to the civil administration in rescue and relief operations.

"Working since the late hours, the team was the first to reach the site at Kavali in Kottayam district and have been successful in recovering three bodies from the debris. The recovery operation became further difficult as the team had to clear the entire landslide only after the road was cleared for movement of the JCB", an Army release said.

During the process of recovery, the Army team had salvaged large quantities of gold and expensive accessories which were immediately handed over to the Civil administration for further accountability.

"The team is working in close coordination with the DC, Kottayam and the Tehsildar of Kanjirapally in distribution of the much needed relief material and in ensuring that normalcy returns in the area at the earliest", it said.