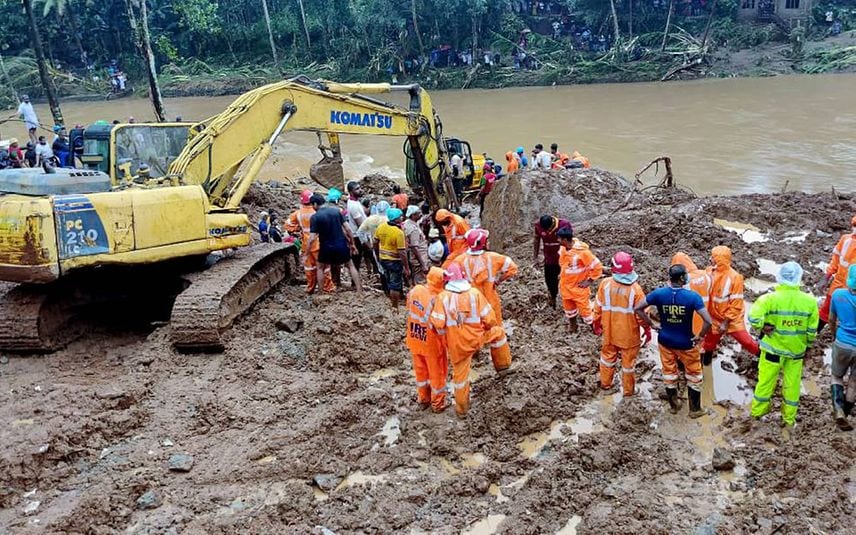 Kottayam/Idukki: The toll in the devastating landslides and flash floods that had occurred in south-central districts of Kerala has gone up to 24 on Monday, with the Navy and NDRF recovering two more bodies from the slush and debris, as the state government put the number of deaths in rain-related incidents since October 12 at 38.

According to officials, this includes 13 people who died in the landslide hit Koottickal in Kottayam district whose bodies have already been recovered and 11 who died in various rain related incidents in Idukki district.

Idukki district authorities said the Navy, NDRF, Fire force personnel and others have been engaged in rescue operations at Kokkayar and other regions of the district which were ravaged by numerous landslips on October 16 where one more person is said to be missing.

They said two more bodies were recovered from the district today, taking the toll there to 11.

On October 16, rescuers had recovered bodies of a man and a woman who were travelling in a car which was swept away in the flood waters in Kanjar area of Idukki district.

"Till now, we have found the bodies of 11 people. One person is still missing. The search by Navy and NDRF will continue," Idukki district Collector Sheeba George told PTI.

Meanwhile, the State Disaster Management Authority (SDMA) said 38 persons have lost their lives from October 12 to 18 in various rain-related incidents that had occurred across Kerala.

"Since October 12, 38 persons have lost their lives. This includes 13 from Koottickal in Kottayam and 11 from Idukki in the landslides," an SDMA official said.

Three persons from Malappuram, two each from Alappuzha, Thiruvananthapuram and Kannur, one each from Kollam, Kozhikode, Pathanamthitta, Thrissur and Palakkad lost their lives in various rain-related incidents in Kerala.

As per the reports of SDMA, at least 90 houses have been destroyed in rains since October 12, while 702 houses were partially damaged.