KSRTC employees save lives of tourists swept away in landslide 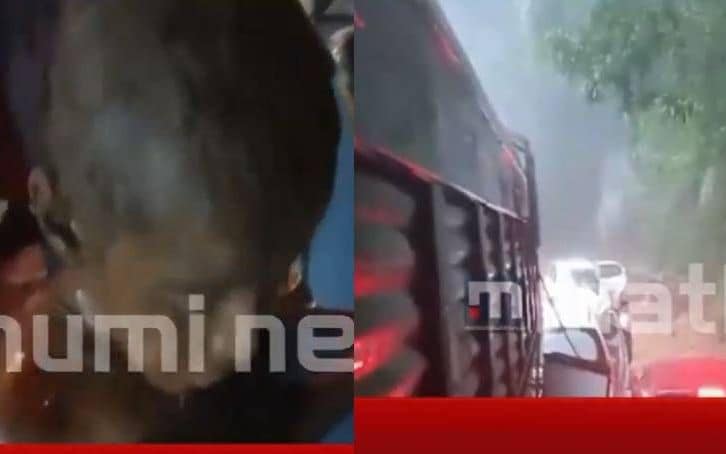 When the road was blocked due to the landslide, conductor Jaison Joseph heard screaming sounds from outside. He spotted a man and a child who were swept away by the floodwater and mud, grabbing on the bus and calling out for help. Immediately, Jaison stepped into the water and rescued them. When they informed him that there were two more people stranded in their car, the conductor and driver rescued them too.

The rescued travellers are reportedly Gujarat natives. As they sustained serious injuries, they were admitted to the government hospital at Peerumedu.

Severe damages occurred in many hilly regions of Idukki, Pathanamthitta and Kottayam. Due to heavy landslides and mudslips, the rescue teams were not even able to reach many disaster-hit spots.