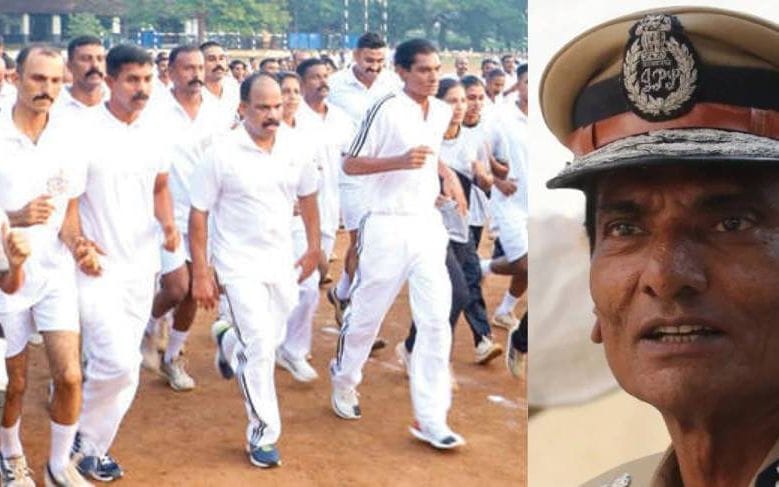 Police chief along with trainees

Thrissur: Kerala police chief Anil Kant stunned onlookers by running 20 rounds around parade ground in Thrissur Police Academy. Kant was in his first visit to the academy after taking charge as state police chief. Interestingly, he managed to run 20 rounds while the trainees completed the run with five rounds. He started the run by 6 AM and completed it by 8 AM. Following that he also took part in sports training.

While addressing the trainees, he revealed the secret behind his physical fitness. “I was a sportsperson. I use to run daily for more than an hour,” he said.

Kant also spoke about the prospects of police training. “Practical classes for SI cadets will be increased. The police training syllabus will be updated. Their language and behaviour should align with the expectations of the public. Foul language should be avoided,” he said. Academy director IG P Vijayan presided over the event.