Speaking to Mathrubhumi.com, he said, “I was part of a choreo group, when I met Nasiya during the shooting of a Tamil movie in 2010. She was divorced at that time. It was after knowing all about her life, I had decided to receive her to my life. I was just 24-year-old during the marriage in 2011. Nasiya was my same age and her parents did not object to the relationship." 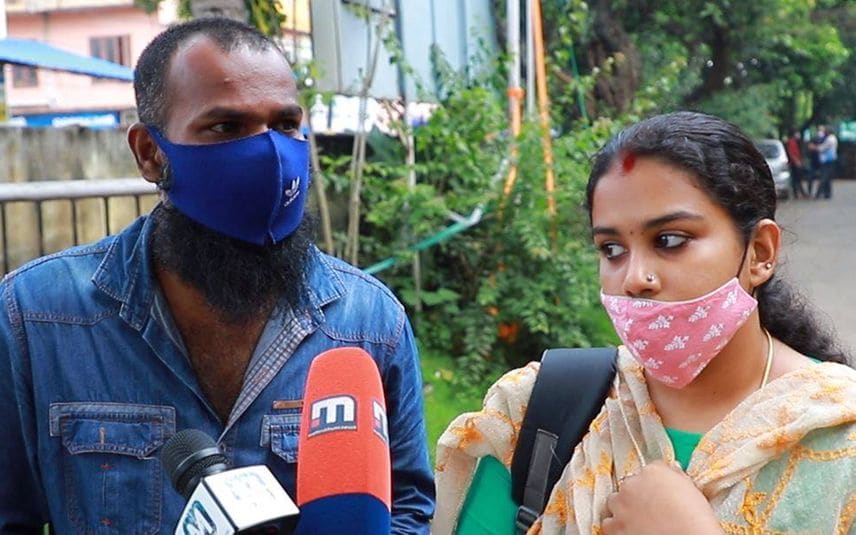 Ernakulam: “All allegations against me are baseless and are fabricated to harass me,” said Ajith, the husband of Anupama who alleged that her parents took away her baby without her consent.

Speaking to mathrubhumi.com, he said, “I was part of a choreography group when I met Nasiya during the shooting of a Tamil movie in 2010. She was divorced at that time. It was after knowing all about her life, I had decided to invite her to my life. I was just 24-year-old during my marriage in 2011. Nasiya was my same age and her parents did not object to the relationship," Ajith said.

"However, after marriage, she wanted me to convert to Islam. Being a Communist, I opposed it. Due to this, we lived together only for three years. We have no children in the relationship as stated in many reports. Nasiya's former husband was not my friend and I have no idea about him. She came to my life after she was divorced," he added.

"However, I did not legally divorce her, and that was the only mistake I have ever committed in my life. In 2021, we got a mutually-agreed divorce," said Ajith.

He also said that they did not want to make the child missing issue a controversy. "In 2021 April itself, we had given requests to the chief minister and DGP seeking help to get our baby back. However, our requests fell on deaf ears. Only after it became a controversy, we came to know where our baby was and also about the adoption procedures."

Usually, daughters would not speak against their father, added Ajith. “Anupama's father hurled abuses at her that's why she hates her father.”

Anupama, speaking to mathrubhumi.com, made grave allegations against her father. “My father used to ask me why did I marry a man from the Pulaya caste?. Communist ideologies are above caste, creed, colour and gender discriminations. How can a Communist party member speak like this?,” asks Anupama.

Ajith reiterated that the allegations against him were a deliberate move to tarnish his image. “From my childhood, I have been a communist and my family members are leftists. I worked for Balasangham, SFI, DYFI and CPM and also occupied various positions. However, when the allegations surfaced, the party terminated me without even asking for an explanation from me,” he said.

All CPM leaders, including ministers, spoke against me. “I may be attacked by their followers at any time. However, I am not afraid of anything. Neither do I regret my actions.”

Concluding his words, Ajith said, “I have faith in Communist ideologies and I am a staunch follower. I joined the party not after being inspired by these leaders. They should be corrected by top brass because it will negatively affect the party.”