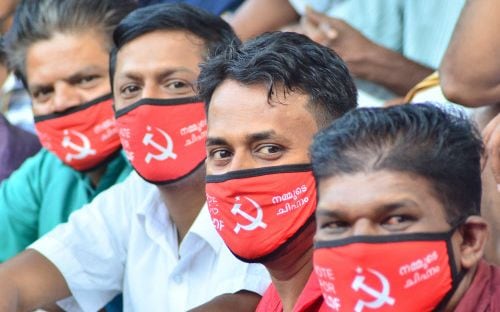 Thiruvananthapuram: The district conferences of the Communist Party of India (Marxist) in Kerala will commence from December 10 onwards.

The party is firmly under the grip of Chief Minister Pinarayi Vijayan and party state secretary Kodiyeri Balakrishnan. Both these leaders are politburo members, which is the highest decision making body of the party.

The CPM district conferences will decide on the new leadership for the party in the districts. However, changes in district secretaries are unlikely except in Palakkad, where the incumbent Rajendran has completed three terms, which is the maximum for a party district secretary.

The party district conferences will commence from December 10 in Kannur and will end on January 28.

Kodiyeri Balakrishnan had recently taken up the secretaryship of the state committee after a one-year-long sabbatical due to health reasons.