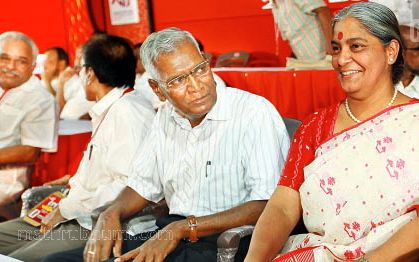 Thiruvananthapuram: CPI state leadership has criticised the national leadership in connection with Annie Raja’s remark against Kerala Police. The CPI state executive expressed criticism over the public reaction made by Annie Raja.

The party executive had evaluated that Annie Raja’s statement on this matter was wrong. However, party national general secretary D Raja made a statement in support of Annie Raja and this was widely covered by the media in Kerala. The state leadership expressed displeasure over this.

Annie Raja had stated that an RSS gang is functioning within the Kerala Police. The state unit of the party had dismissed this remark. Following this, D Raja said that the lapses on the part of police should be criticised even if it happens in Kerala or Uttar Pradesh.