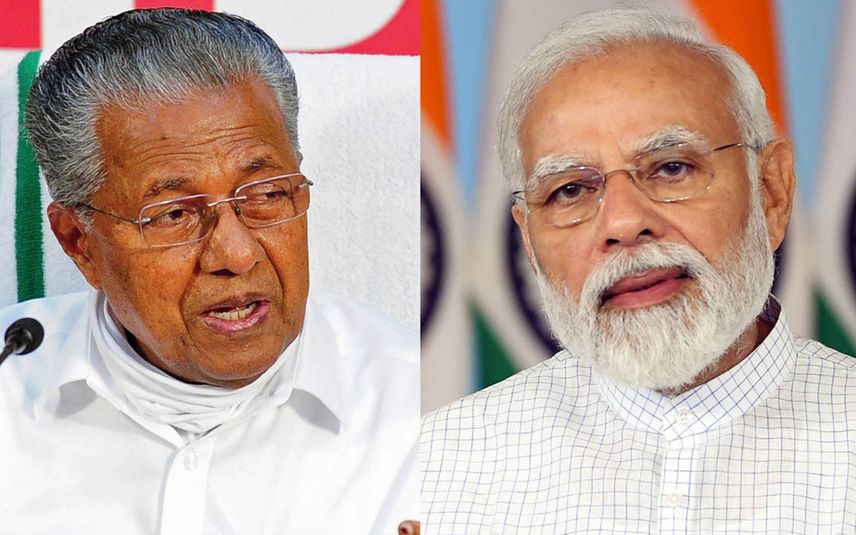 Thiruvananthapuram: Chief Minister Pinarayi Vijayan gave a tit for tat reply to Prime Minister Narendra Modi over his remark that states, including Kerala, failed to reduce tax on fuel prices. He said that it is not right to blame everything on the state for the unreasonable suffering faced by the public due to the rise in fuel prices.

"During the meeting called to assess the Covid-19 situation, the Prime Minister mentioned the names of some states, including Kerala, and said that we are not reducing the VAT on fuels. He also referred to cooperative federalism in the state. Let it be clear that Kerala has not increased VAT on petroleum products even once in the last six years," he said.

Meantime, surcharges and cess have risen to 15 per cent of the Centre's total tax revenue. According to Article 270 of the Constitution, surcharges and cess do not fall under the category of taxes to be shared with the States. The Chief Minister pointed out that the union government is increasing taxes, not within the tax bracket recommended by the Finance Commission.
He said that the delay in the disbursement of GST compensation had further impacted the states. He pointed out that this was not in line with the basic principles of Cooperative Federalism.

He said that it is unfortunate on the part of the PM to criticize a state like Kerala, which reduced the tax four times. The Chief Minister added that a federal system won't tolerate efforts made to hold the state governments responsible for inflation when the financial management falls within the purview of the central government.