Though compared to the 2015 civic body polls the BJP-NDAimproved its tally and added more number of seats to its credit, they could not display a stellar performance as they claimed during the time of campaigning. 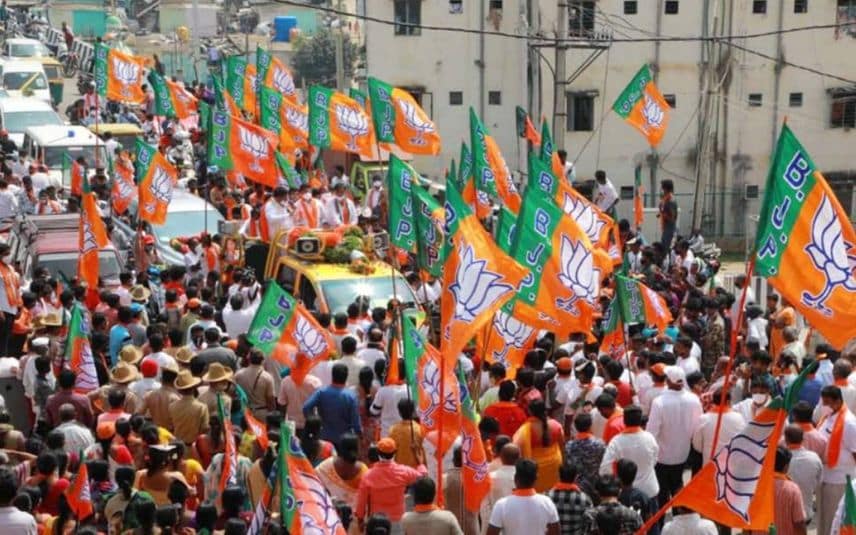 Thiruvananthapuram: The BJP in Kerala has braved many odds to make its presence felt in the state's bipolar politics, dominated for decades by the traditional coalitions-CPI(M)-led LDF and Congress-headed UDF.

But, once again the saffron party has failed to create magic in electoral politics in the southern state as it couldn't perform according to its expectations when the counting for the crucial local body polls was taken up on Wednesday.

Though compared to the 2015 civic body polls the BJP-NDAimproved its tally and added more number of seats to its credit, they could not display a stellar performance as they claimed during the time of campaigning.

The failure of some of its major leaders and the loss of many sitting seats also took the sheen off their performance at the local body polls, which was generally considered a pointer to the assembly elections due next year.

According to party sources, the saffron party managed to win seats between 1600-1800 in the present civic polls though the Election Commission was yet to release the official figures of the total seats and vote share.

They could also reach second position in over 500 wards besides retaining the Palakkad municipality and wresting the Pandalam municipality from the LDF.

But, their target to garner 2500-3000 seats and capture the prestigious Thiruvananthapuram and Thrissur Corporations remained a distant dream.

Throughout the high-voltage campaign, the party leadership had claimed that they would capture the Corporation in the state capital and there would be a BJP mayor to welcome Prime Minister Narendra Modi at the airport when he arrives here next time.

Not only that the long-drawn dream did shatter but also they had to see the ruling front achieving simple majority in Thiruvananthapuram Corporation by improving their performance compared to the previous time.

Though they could successfully make inroads in many parts of the state, once dominated by either LDF or UDF, the saffron front was yet to gain the trust or confidence of the minority communities completely in the state.

Their striking performance in Varkala and Attingal and in many wards of Pathanamthitta and Kottayam districts shocked even their political rivals.

They could also make their performance felt in almost all Corporations including in politically volatile Kannur, a left bastion.

Though the party leadership accused both the traditional coalitions of cross voting to fail them in many wards, political observers feel that factional feud and disunity among the leaders were also among the reasons for its failure.

The rift between BJP state president K Surendran, a close confidant of union minister V Muraleedharan and senior leader and party state vice president Sobha Surendran was very much evident ahead of the election.

A group of dissident leaders including Sobha had reportedly sent a mass petition to the central leadership against the state leadership demanding to end neglect towards them.

Sobha, who used to be a firebrand campaigner of BJP during elections, had kept herself away from campaigning this time.

As it was the first election after he assumed charge as the state president, the improved performance of the party anyway would give some relief for Surendran.

BJP national president J P Nadda on Thursday thanked the people of Kerala for giving an "improved mandate" for the saffron party.

"I thank the people of Kerala for giving an improved mandate to BJP in Local Body Elections," he tweeted.

He also said Surendran and karyakartas worked tirelessly to achieve this result.

"..with this mandate, we will continue to expose the corruption, communal & hypocrite politics of both LDF & UDF fronts," Nadda added.

The BJP-NDA's vote share had got an impressive increase in the southern state in 2015 local body polls.

It showcased a fairer performance in 2016 assembly polls and 2019 Lok Sabha elections.