It was Vigilance that pointed out corruption in the Life Mission and KSFE. So, the allegations that the Centre is trying to destabilize the state government are pointless, the Union Minister added. 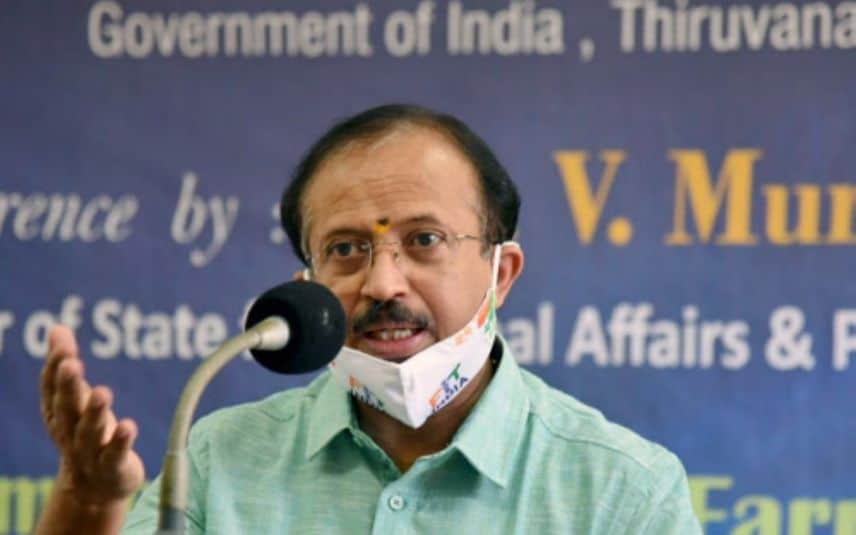 Thiruvananthapuram: Union Minister of State for External Affairs V Muraleedharan stated that the Kerala cabinet has lost its collective responsibility.

The state Finance Minister is harshly criticising the Vigilance probe in Kerala State Financial Enterprises (KSFE). The Vigilance is a department under the Chief Minister. This indicates that the cabinet has lost its collective responsibility, Muraleedharan said in a press conference in Thiruvananthapuram.

The CM should oust the Finance Minister for criticising the cabinet's collective responsibility. It was Vigilance that pointed out corruption in the Life Mission and KSFE. So, the allegations that the Centre is trying to destabilize the state government are pointless, he added.

The Ministry of External Affairs was not officially informed that diplomatic privileges of the attaché were removed in connection with the gold smuggling case. The probe agencies are collecting information from foreign diplomats through different channels. UAE has offered all cooperation in the probe, he said.

The probe agencies will consider the bar bribery case, if requested. The central agency is investigating the Life Mission scam as requested by the state. All these investigations were the result of the Kerala government requesting a probe by central agencies in the gold smuggling case.

A situation arose when state agencies were showing irregularities done by the government. Many illegal activities of leaders of the ruling and Opposition parties have come to light. The people would not forget all this, the Union Minister stated.

Reacting to the farmers' protest, Muraleedharan said that it is a wrong notion that farmers arrive from all parts of the country to protest. There is no farmers’ strike in Uttar Pradesh, Rajasthan and Maharashtra. Strike is mainly happening in Punjab. The opposition could not point out what is wrong with the farmer’s bill even in the Parliament, he said.