Kerala Budget: Rs 2,000 crore allocated for SilverLine project; four new IT corridors to be set up 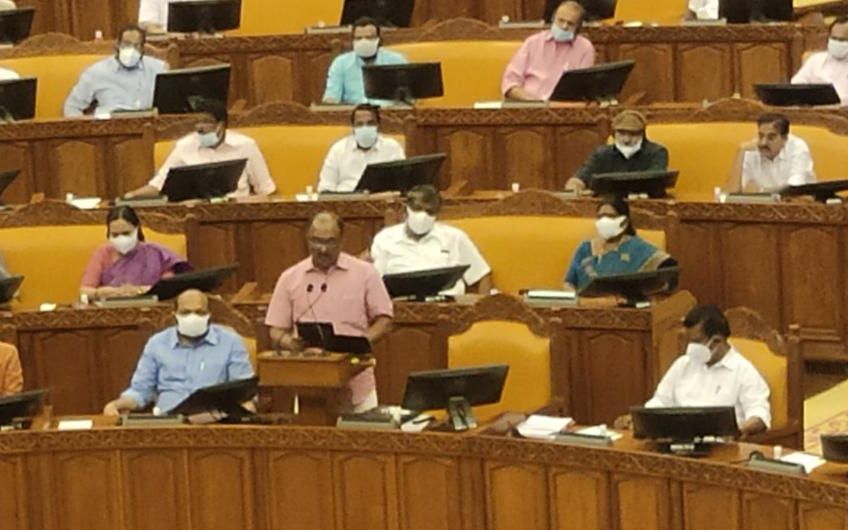 Thiruvananthapuram: Presenting his maiden full budget in the Kerala Assembly on Friday, state Finance Minister K N Balagopal expressed hope that the Centre would give its nod for implementing the southern state's proposal for building a semi-high speed railway line and allocated Rs 2,000 crore for acquiring land.

The Finance Minister said the initial amount of Rs 2,000 crore for acquiring land for the proposed semi-high speed K-Rail project, called the SilverLine project, will be made available from the Kerala Infrastructure Investment Fund Board (KIIFB).

The minister said the SilverLine project, which is expected to reduce travel time from Thiruvananthapuram to Kasaragod to around four hours, is a joint venture set-up by the Government of Kerala and Ministry of Railways.

Noting that the 'eco-friendly' project is essential for giving a boost to the state's development, Balagopal expressed hope that the Centre would give its sanction to Kerala government's over Rs 60,000 crore K-Rail project.

Earlier, the state government had requested the Centre to provide budgetary allocation for the semi-high-speed railway project. However, it was not mentioned in the Union Budget presented by Finance Minister Nirmala Sitharaman in February.

Kerala Chief Minister Pinarayi Vijayan had slammed the Centre for not including in the Union Budget the southern state's proposal for building the 540 km semi-high speed railway line.

The SilverLine project is being opposed by the opposition Congress-led UDF, which has been alleging that it was "unscientific and impractical" and will put a huge financial burden on the state.

Starting from the state capital, SilverLine trains will have stoppages at Kollam, Chengannur, Kottayam, Ernakulam, Thrissur, Tirur, Kozhikode and Kannur before reaching Kasaragod.

Balagopal also set aside Rs 2,000 crore to regulate the increasing price hike in the wake of COVID-19 pandemic, the ongoing Russia-Ukraine war and the possible hike in the price of petroleum products.

Meanwhile, looking to tap the potential of the information technology sector in the post-COVID era, the Finance Minister proposed to set up a new IT park, four IT corridors and 20 satellite IT hubs in the state.

The new IT park would be set up in Kannur district and the international airport there is expected to accelerate the growth of the sector in the northern district, he said.

The proposed IT corridors would be set up parallel to the National Highway-66, which is being expanded to four lanes, and they would begin from the existing IT parks including Technopark, the pioneer IT hub in the state capital here, the minister explained.

A total of Rs 100 crore was set aside through KIIFB for the expansion of the IT parks and Rs 1,000 crore earmarked for land acquisition in the sector, Balagopal added.

Besides, Rs 100 crore has been allocated for setting up a medical tech innovation hub in the state capital, Rs 200 crore earmarked for the development of universities, and Rs 300 crore budgeted for skill parks.